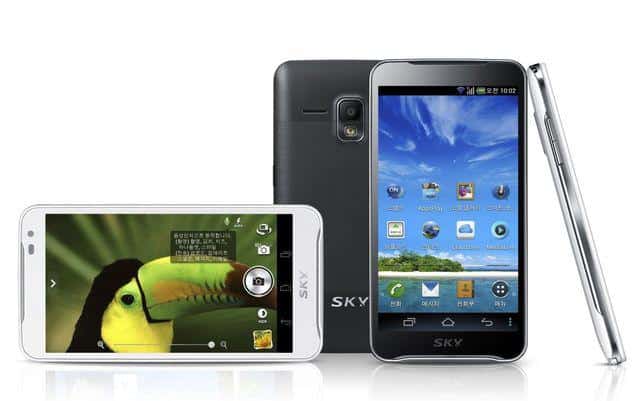 With the unveiling of the Samsung Galaxy SIII today, other companies want to get in on the action also.  One of these manufacturers is the Korea based Pantech, and they are locally releasing their 4.8 inch phone later this week.

They call it the Vega Racer 2 and it is an LTE phone with a large 720p, 4.8inch screen. It also boasts the Snapdragon S4 MSM8960 processor and a 2,020mAh battery! This Android 4.0 phone apparently offers 245 hours of standby time and 9.5 hours of talk time. Even with this rather impressive battery, the phone stands at only 9.35mm thick. While this is by no means a thin phone, it is still well sized for the battery that it contains. Pantech appear to have ignored the HTC research stating that consumers prefer performance over battery life. Although with this combination of battery and processor I would say that Pantech have hit a very happy medium.

It will be launched in Korea and Pantech state that the phone will have inbuilt voice commands, which is rather new to the Korean language. The Vega Racer 2 weighs only 133g, which is lighter than the Droid RAZR Maxx. The case is only ceramic coated and Pantech have not released the display technology yet. Not only that but they have not released any information about international availability.  Hopefully more information will be released soon.