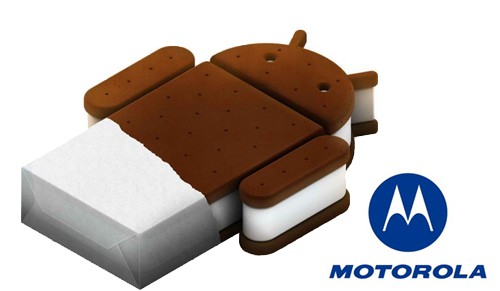 Today, Google announced that the deal to acquire Motorola Mobility is official and is now part of the company's ever increasing portfolio of great companies and great talent. While that's good news and all, Motorola has managed to upset some customers regarding upgrades to Android 4.0 ICS. You see, there's smartphones that are still stuck using Android 2.3 Gingerbread despite being able to be upgraded. Or are they actually able to?

According to Motorola, those who want to know why somewhat new devices won't get upgraded, they will only provide an upgrade if it means it will improve the performance. Their precise words were, "We work very closely with Google and cell phone carriers for every software update. And, obviously we want the new release to improve our devices. If we determine that can't be doneâ€”well then, we're not able to upgrade that particular device."

The Droid 2, Droid 2 Global, Droid X2, Droid 3, and Droid Pro are among some of the phones that will not be getting Android 4.0 which is pretty surprising. The upgrade to ICS seems to only be going to devices with at least 1 GB RAM, though there are many devices currently on the market with less RAM and are running Android 4.0 so, uh, yeah.

To be completely honest, Motorola simply doesn't want to go through the hassle of upgrading them. Saying that ICS won't improve the performance of the devices is a bit disingenuous. The upgrade definitely will improve the performance, unless of course they have engineers completely screw up the job. For example, I currently have an HTC EVO 4G from 2010 that's running Android 4.0, rooted of course, and only has 512MB RAM.

The performance difference from 2.3 to 4.0 is rather significant. Since Google now owns Motorola Mobility, maybe they'll take a second look at upgrading customers with perfectly good devices. Maybe.