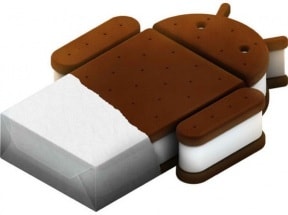 Yesterday, Jean-Baptiste Queru – the AOSP Project Maintainer – took to Google+ to congratulate Sony on their updating the Tablet S to Ice Cream Sandwich. It’s nice to see prominent figures from Google take to the web to talk about their partners but, what struck me as strange is that Sony one of the biggest contributors to the project. Of Sony’s update to the Tablet S Jean-Baptiste had this to say:-

“It took Sony only about 5 months to ship this after I released the code in the Android Open Source Project at the very end of last year. This is actually a very reasonable time, since under the hood Ice Cream Sandwich is quite different from Honeycomb (and upgrades from Gingerbread are likely to take longer as those differences are huge).”

The fact that Jean-Baptiste thinks that 5 months from when the source is released to an OTA update is reasonable is something I don’t agree with. What I will say is that I understand the pressures on a manufacturer like Sony to deliver not only the latest software to their tablet but an update that is relatively transparent. By that I mean that the average user doesn’t want to be bothered by “update.zip” or “boot.img”, they want their tablets updated and in most cases they want as much as possible to stay the same. However, for me, five months is a sizable amount of time for an update to appear especially as Sony no doubt have a Batphone straight to Android up in Mountain View. I’m not an average user though and I often see source builds of Android for my devices before official releases which leads me to ask; if a group of developers scattered across the globe can do it in three months, why does it take Sony five?

It is true to say that the differences between Honeycomb and Ice Cream Sandwich are bigger than we all think, nobody would know this more so than Jean-Baptiste himself. Honeycomb has sometimes been referred to as a “crash landing” by Matias Duarte – the User Experience head at Android – as such it certainly stands to reason that Ice Cream Sandwich would be a massive upgrade all round. I’d agree that the changes from Gingerbread to Ice Cream Sandwich would cause longer delays regarding updates, the transition on phones is massive, certainly something worth waiting for. Jean-Baptiste went on to say:-

“Since Sony has been contributing a lot to the Android Open Source Project, they have fewer changes that they need to maintain on their own: those changes of theirs are already there when the source code is first released. “

It shocks me that Sony are one of the partners contributing a lot to the AOSP, since Sony is after all the company that launched the Xperia S earlier on in the year with Gingerbread – something I believe simply shouldn’t have happened. HTC managed to get ICS out on the One Series – spanning different hardware revisions – along with fairly heavy modifications on top. Something I think we all can agree with here at Android Headlines is what Jean-Baptiste finishes with is this :-

“The part that blows my mind is that some variants of the Google-engineered flagship devices still haven’t received Ice Cream Sandwich (or are stuck with older versions of Ice Cream Sandwich) because of delays introduced by operator approvals. I’m very glad that Google is back in the business of selling phones directly without any middlemen to interfere, and I’ll be even happier when I see that program expanded to more countries.”

I own a Nexus S, and I love it, it’s a brilliant looking device even now and happens to run ICS very nice indeed. I will admit that I have only received one OTA on the device; which was the update that altered the colour calibration of that Super AMOLED display. After that it was custom ROMs ahoy, I do sometimes run a stock ROM with some tweaks of my own and have to say that the stock ICS ROM from Google is spot on. It’s fast, smooth and since the 4.0.4 update has decent battery life. To this end I believe my next phone will be a Nexus, otherwise I’ll have to crack open my phone to run stock Android (a rant for another time perhaps).

Delays on updates and uncertainty from device manufacturers are never pleasant, sometimes angering (I’m looking at you Samsung) but, if there’s one thing to take away from all this Jean-Baptiste hits it right on the head:-