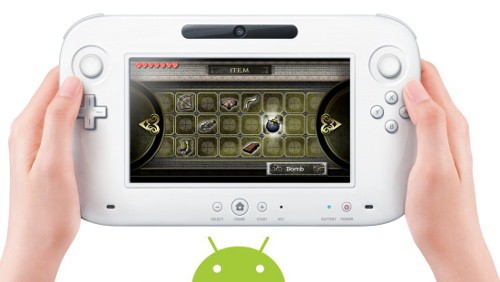 There has been a rumor floating around stating that Nintendo has indeed integrated the Android OS onto the Wii U. There is no concrete information as to its validity, but no one is for sure right now. If the rumor does indeed turn out to be true however this would be good news for both Nintendo Wii U fans and Android fans alike. It would give the Wii U and its tablet controller access to the Android Play Store and open it up for a lot of additional content for which to compete with the Xbox and PlayStation consoles.

A lot of today's gaming takes place on mobile devices mainly Android and iOS smartphones and tablets. Having Android on board would give them access to those titles that are already available for the Android platform and give Android owners added benefit to picking up a system that is already compatible with the software they use on a daily basis.

Nintendo has struggled as of late and needs the Wii U to come up big in order to turn things around. A partnership with Google and support for Google Play might be just what the doctor ordered to get them back on track and to start making waves again in the industry. It would allow Android developers the ability to develop more intensive games and give the Wii U access to books, movies,games, productivity and social apps that no other console has currently. For now this is just rumor, but what are your thoughts on the Nintendo Wii U featuring the Android OS?

I'll leave you with the leaked Wii U Rayman Trailer showing the U's NFC capabilities.