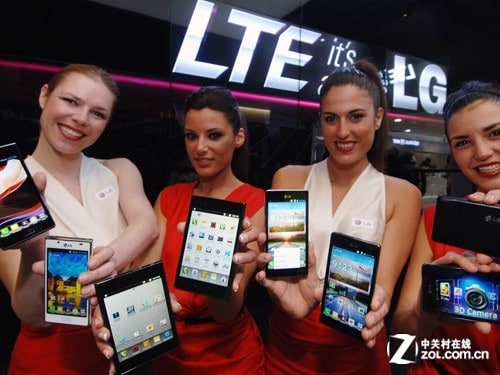 LG have announced that they are going to focus on developing their Android smartphone catalogue and that they have no immediate plans to increase their Windows Phone range. I would not say this is a particular shock, since LG started making WP7 phones in 2009 the OS has failed to really take off. According to Lee Seung-yeon, of Microsoft Korea, WP7 smartphones account for about 2% of global market.  LG were once the third largest phone manufacturer in the world, however time has taken its toll and they have lost money in seven consecutive quarters since 2009, finally returning to a profit in Q1 2012. However sales figures are still falling and the increased revenue was only achieved thanks to increased profit margins on handsets.

An LG spokesman stated that "The total unit of Windows Phone sold in the global market is not a meaningful figure." However, he went on to say that LG will "continue research and development efforts". I suppose this means that although they are not planning on making any more Windows Phones, they would rather not rule it out completely. LG did not seem too pleased concerning the Nokia-Microsoft deal in 2011; this could be an after effect of the deal. However, with falling sales and pressure from HTC and Samsung too, the need to make quality phones is bigger than ever.

When LG started making Windows Phones they had some interesting ideas and the LG Quantum is still one of the few WP7 phones with a physical keyboard. However the other phones do leave you feeling like LG weren't truly behind WP7. They seem to have put a lot more thought and money into the Android market, especially with the LG Optimus 3D.

Balmer is visiting Seoul in late May to deliver a speech on the "new era of technology". LG deny that they knew about the trip and both deny that a meeting has already been scheduled between them. I think that Balmer may be quite keen to schedule a meeting between them while he is there.

It could be argued that this move is too little too late and LG are in a similar situation to Nokia. The amount that they have lost over the last 9 quarters is incredible, only something drastic can save them. However I'm not sure that this is drastic enough, I think their fate is almost inevitable and we could be seeing a phone manufacturer struggle and die. On the other hand it could be just enough to keep them afloat, and if not I'm fairly certain that one of the successful companies will help them out. If you could choose between LG and Nokia to buy out I believe that the majority would try and save Nokia rather than LG. Although, I may be wrong.