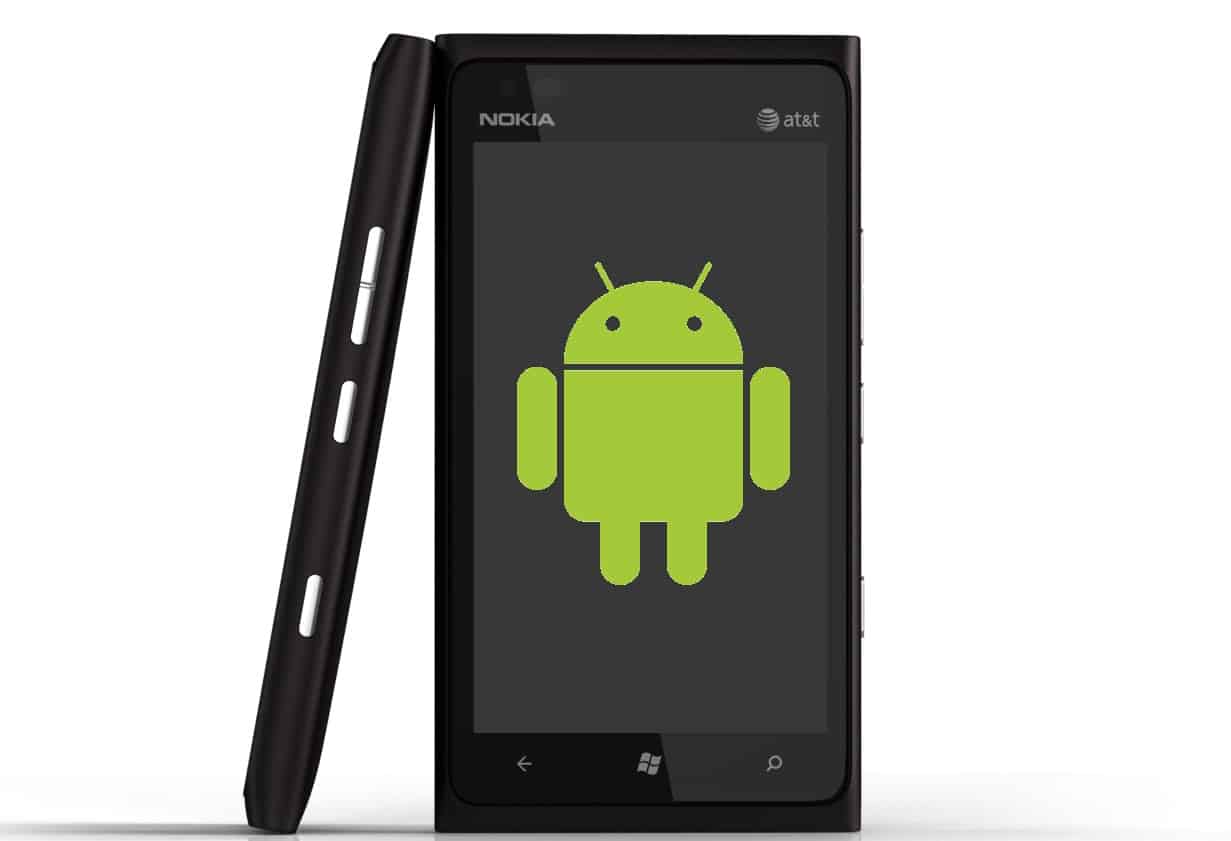 Could adopting Android make Nokia a market leader once again?

Nokia made the controversial and, in my opinion, rather suicidal decision to ditch Symbian and MeeGo in 2011. Since then the mobile giant has seen monumental decreases in its market share.  Surely the company cannot continue down this treacherous road and emerge without a major embarrassment!

Why has Nokia lost its grip?

Samsung have very recently overtaken them as market share leaders with 25.4% of the global shipments inQ1 of 2012. While this is very impressive and should be commended, I'm still rooting for Nokia to recover from this minor stumble. They have agreed to Microsoft's licensing fees, which incredibly expensive. They are also being labelled by Standard & Poor as Speculative Grade (BB+/B) rather than Investment Grade (BBB-) with an outlook of negative! Neither of these should be occurring to a company that has, in the last few years, attempted to reinvent its image. This company has been part of the economy since 1865 and is one of the telecommunication veterans, having been researching the area since 1960. The main question is how can they possibly manage to keep WP and keep afloat?

So what's the problem?

It's not that they don't have a large catalogue of phones; on my last count they sold 31 different models in the UK. I think the major problem with Nokia's sales figures is Windows Phone 7. It just doesn't sell. I'm not entirely sure why, because while an Android fan I must concede WP looks fantastic! Since WP doesn't sell, Nokia have been having a hard time shifting their high-end stock. All of their high-end phones run WP, which is putting all of your eggs in one basket. It is essentially allowing the success of an OS to state how well a business does. Nokia have done very well with WP, however it success is only relevant in the WP market. Symbian was a massive hit and in it prime in 2007 it had 72% of the market and WP has achieved nowhere near those figures.

How have Samsung thrived?

Samsung have done the exact opposite to Nokia and it appears to be working for them. Not only do they have our beloved Android but they also sell WP and, their own OS, Bada. This allows them to cover the entirety of the market, catering for those who wish to have a cheap and cheerful phone, all the way up to an Android flagship or a WP OMNIA. So is it time that Nokia stopped trying to reinvent itself and losing money? Should they take a leaf out of Samsung's book and support Android? Well I happen to think that they should.

What can Android bring?

In November 2011 Android hit 52.5% of the market, double the percentage share in 2010. Given the information that we currently have, surely a move to Android can only be a good move by Nokia. The licensing fees for WP are incredible and it may be reasonable to say that, while not solely responsible for Nokia's current failing, the license fees are having an effect on Nokia profitability. I think that Android can provide a solid income for Nokia, like it has for many other companies. All it requires is for Nokia to break the single platform business model that they seem to stick to.

Can Android save Nokia?

Android certainly has a large community and a much larger App Market than WP. Nokia is a name that people can trust (the Nokia 3210 is a prime example of their work); the problem is Microsoft kind of isn't. Microsoft's previous mobile platform attempt was shocking to say the least. It left people a little bit wary of the ability of the software giant when it came to mobile systems. Also the fiasco with Vista doesn't help the matter. I love the newest WP; however in the time that it took them to create it, Android had already got its foot firmly in the door.

I think it is the Android community that could save Nokia. If Nokia do accept Android and pair it with great hardware I do not see why Nokia should fail. They provide all of the 'know-how' that is needed to take control of a bustling market. Phones can turn heads; the OS can confirm a purchase.

What about Windows Phone 8?

I believe that we should hold off proper judgement until the release of WP 8, which has been give or take confirmed by manufacturers. If Microsoft improves on WP 7(.5) with WP 8 will that be enough to win the customers trust and start sales? I'm not sure, but if so then Android could have a real competitor on its hands. However this is still only a rumour and Nokia's problems are definitely real.

I think that Nokia need the support and reliability of trade that Android provides, otherwise we could be seeing a much beloved company spiralling the drain. If Microsoft have any sense they'll try their very hardest to keep them afloat, however the Droid vultures are circling and I think we could be seeing an Android Nokia combination reasonably soon.