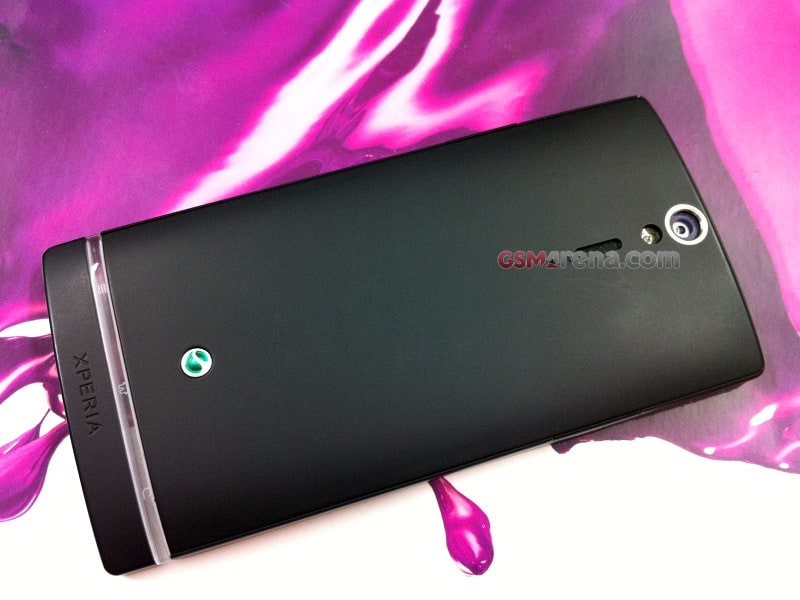 Although not shown in the above photo the rumored to be named Sony Ericsson Arc HD should be launched or closely followed by an update to Ice Cream Sandwich Android 4.0 either at CES or Mobile World Congress in 1st quarter 2012. It adds Sony to the list of manufacturers bringing the new high-end standard of a 4.3" (1280 x 720) true 720p HD LCD display to Android devices. It phone is quite attractive and will be powered by the dual core Qualcom Snapdragon S3 SoC running at 1.5Ghz.

Sony has decided to forgo a microSD so you'll have to make do with either 16GB or 32GB of included storage. Sony is upping the ante in terms cameras on their latest device as this one includes, a large 12 megapixel rear shooter with full 1080p HD recording. You can also output full 1080p with the on board microHDMI connector making this a great media capture and display device. As Sony recently bought out Ericsson from their mobile line this might be the last device to feature the Sony Ericsson branding we have come familiar with. Besides that not much else is known about the handset, and we will update you as soon as new information is made available.