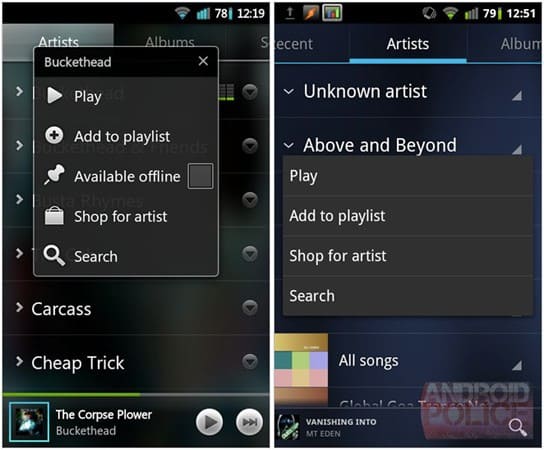 It seems that Google won't be holding the Ice Cream Sandwich event on October 11th anymore. They didn't specifically state this, but they are most likely doing it to honor Steve Job's death. It would've been a litle awkward to launch their next great thing just days after his death when everyone would still be thinking about it. They want people to focus on Android. Fortunately, though, we have some pretty good leaks that show us a little bit more of what we can expect from Ice-Cream Sandwich.

The new app is a significant improvement over the previous one. It has refined tabs, contextual dialog and new player controls. The app comes with more options, and it looks significantly more polished than before, so this should be a pretty good hint at what's to come in Ice-Cream Sandwich. you can even download and install it right now on your device, but you'll have to uninstall/delete previous app from system/app (more information here). 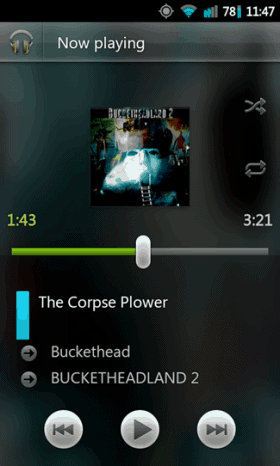 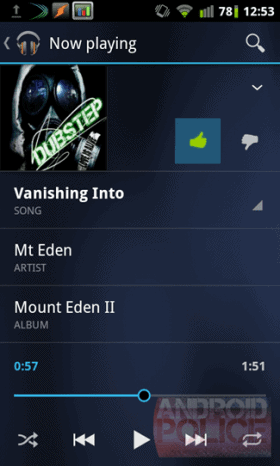 I like the Google+ app on my Android phone. If nothing else, I like its instant upload feature, that can  instantly upload the photos online that I take with any camera app on my phone. This is very helpful if you want to share your photos with your friends, because you won't have to go to the trouble of going through folders and connecting the phone to PC, and then uploading it online, each time you take some photos. The Google+ app takes care of all that for you.

The new Google+ 2.0 app also brings many improvements, and one of them is the merger of Messenger and Conversations into something called Chords inside the Google+ app. The name might sound weird at first (strike a chord?), and I'm not even sure if it will be the final name, since this is a leaked app, but we could probably get used to it quickly.

Now, for the greatest leak of the week, a full video of Nexus Prime (Galaxy Nexus?) and Ice Cream Sandwich. The phone does look a little too big, and either some taps don't register or the guy in it is not hitting them properly (which could also be Google's fault). But we won't know the whole truth until Google and Samsung do their announcement event. Until then, enjoy this video: