Android has never been truly known as a "gaming platform". Sure, the Xperia Play is widely considered to be the "PlayStation Phone" and has Android, but the bulk of its games are made specifically for that device, and that's not the Android way.

With devices getting better graphical abilities and the overwhelming market share Android now has, we are finally getting the gaming love that we need. While most Android Market games run on most phones/tablets, games have been really starting to shine on dual-core tablets such as the Asus Transformer, the Samsung Galaxy Tab 10.1, and my very own Motorola Xoom. If you own one of these fabulous devices you are probably looking for games and applications that really shine with all of its horsepower, so I have made up a list of what I consider to be the best Android Tablet games so far. I am not a personal fan of countdown lists, so this will just be a list of great games in no particular order. 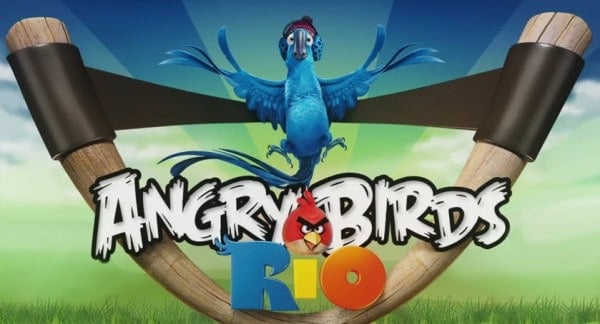 While Angry Birds and Angry Birds Seasons have been out on phones for a while now, the visuals in Rio really seem to shine on my Xoom. Rio is definitely a step up graphics-wise from the original that started it all. The game isn't developed with Honeycomb in mind specifically (has the menu button in the Action Bar) but it looks best on the larger screen. I have definitely been spoiled by playing the game on a tablet, and the original and seasons look so tiny on my phone (Motorola Droid) and are now harder to play. When Rovio puts out their game-save backup in the coming months I will definitely be moving the games over to the Xoom as well. The game is free in the market, or .99 in the Amazon App Store to get rid of the ads.

This game looks AMAZING on the Xoom! It's traditional pinball at its finest. This is a truly fun game and is very fun. You have 3 different themed games to chose from, to change things up a bit each time you play.  If you like pinball at all you shouldn't think, just buy! The game goes for 2.99 and is available in the Android Market.

You read that right, CUT THE ROPE! The one game I was still extremely envious that iOS had is finally here, and is so much fun to play on the Xoom. I've been playing it a lot, and already have almost 250 stars in it! For those of you that don't know, Cut the rope is a game where you need to… wait for it… cut the rope to feed their little creature, named Om Nom, candy. It starts off simply with a swipe of your finger to get the candy to Om Nom, but it gets much more complex than that. It adds bubbles, springy ropes, wheels, magic hats, and a lot more. This amazing game is available from getjar.com for FREE! It does have ads, but I've only seen them on the results page at the end of each board, so they aren't seen during actual game play. This gets your ads seen without annoying your customers, and that's a win-win for us all, right? If you want to have no ads at all it is also available in the Android Market for .99 here.

If you like the look of games like Little Big Planet and Super Mario Galaxy even a little bit, you owe it to yourself to try out Cordy! Android Dev's like the game so much it came preloaded onto my Xoom, and it is a very good game. The game comes with 4 levels for free, and uses in-app billing for additional levels and costumes. I'm sure anyone with a Xoom already tried it, but others can get the game from the Android Market here.

When I first saw that Fruit Ninja had a separate item in the Market I rolled my eyes, but then when I saw the differences I agreed they were enough to warrant a different game. It's another game in the market that makes great use of that dual-core Tegra chip, with improved graphics and 2 player modes, since you now have more screen to use! The game premise is the same as the original, slice fruit while being timed (mostly), avoid the bombs and try to get combos! The additional modes in the THD version are basic split screen playing (competing to get the highest score), and a competitive mode where you can unleash bombs to your opponent at a time you'd prefer to do so. The competitive mode can get pretty fun, and outputting the game via HDMI lets your friends watch along as you play! If you like the original don't hesitate on getting this one, it's well worth the $3.15 and is available here in the Android Market.

This is just the beginning, with more and more games optimized for Android tablets coming out, expect a follow-up post to this quite soon!

Trusted By Millions
Independent, Expert Android News You Can Trust, Since 2010
Publishing More Android Than Anyone Else
2
Today
213
This Week
713
This Month.
8150
This Year
109622
All Time