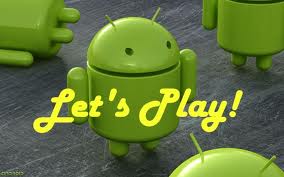 Me again. I'm back to give you the next part of the two part "games I recommend series. I'd like to apologize for the delay in the second portion of this piece but Android gaming is getting tougher to wade through and I have already replaced a couple of the games that would have gone on this list. I was also awaiting some data on performance on my associates who own other smartphones (i'm using the EVO) because I wanted to make sure these games work on a pretty broad range of devices ( I also have a Optimus S) and if they failed on certain devices that they should probably work on I wanted to be able to report that to you. I'll be doing a similar piece for my Android Tablet users as well so look for that one down the road. Anyways here are the next five games in the 10 Android games I recommend list. Enjoy! 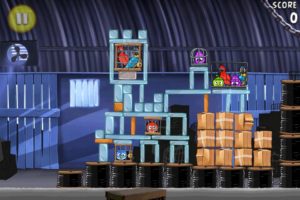 Yes I had to do this. I had set out to leave Angry Birds in any incarnation, off this list but the recent carnival update made me rethink my policy on this. Angry Birds simply belongs here on this list. It's the most widely "selling" app around and is beloved by millions. The updates continue to innovate and Rovio is doing a great job of keeping the game fresh. Using birds from a catapult users try to destroy obstacles to get to prize items. Destroy the target objects before you run out of birds and you move on to the next increasingly difficult level. This is a simple concept and an equally simple gameplay experience that anyone young or old can pick up and run with. My girlfriend is totally addicted to Angry Birds and when I tell her there's an update she gets super excited. This my friends, is what I call the Rovio effect. An effect few seem to be immune to. 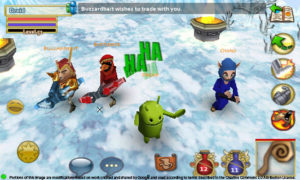 Spacetime Studios is the game maker who proved that mobile mmorpg's can work on a smartphone and work well. When I first got an Android Phone I was skeptical being an avid World of Warcraft player if it was even worth my time. I was pleasantly surprised. Even on midrange smartphones like the  LG Optimus One series Pocket Legends gives you a great and varied gameplay experience. WIth three character classes to choose from and a huge game world to explore it is guaranteed to suck you in for an hour or two of adventuring. Oh yeah and you can't beat the price of free. Spacetime made the game where purchasing "platinum" game currency will only save you time or grab you unique items. It will also open up a few areas for you within the game world. However, you can play the game all the way to the end without spending a dime. My only real complaint is the classes gender specific and the character customization outside of purchasable items and gear is virtually non-existent. Unless your one of the lucky beta testers who got an Andy bug-droid avatar your stuck with the lackluster starting options. Aside from this I don't have a single real complaint about Pocket Legends and it's highly recommended for mmo fans or even for players who have found other mmo's to be overly complex and difficult to get in to. 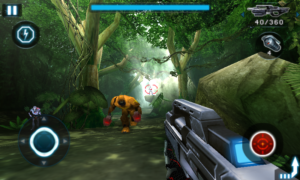 Plenty of Android game players love first person shooters. Only recently have a plethora of choices come available on Android and lets face it Gameloft is simply the best at taking console or PC hits like Halo and Modern Warfare and bringing down to size using the micronized GPU's in Android powered phones. Well N.O.V.A. and now N.O.V.A. 2 have done a good job at bringing Halloesque gameplay to the small screen. Both single player and multi-player modes are outstanding in my opinion. The single player campaign is epic and has 13 levels with various beautifully rendered scenery, 2-4 Player local/online multi-player option on 5 maps, and 6 different weapons to choose from. I love this game and the single player campaign does a great job of scaring the heck out of you at times. I was definitely impressed by the games ability to use sound and story to create an ambiance. N.O.V.A. is an Android game I highly recommend. It's not perfection but as first person shooters go on Android it's actually pretty amazing. 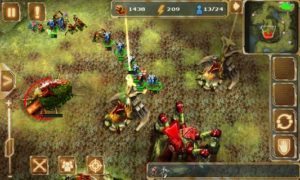 Starcraft is one of the world's most popular games. Starfront is the first game on Android to emulate that success and do it well. The problem with real-time strategy game's is they were not designed for a touch screen and tend not to work very well when there is not a plethora of screen real estate to work with. Starfront takes care of this in a big way offering a simple touch screen interface to a mobile RTS for the first time. Graphically Gameloft stays true to form bringing the best of the big screen down to smartphone scale. The game boast three different factions each with their own technology trees and strategies which was a pleasant surprise for a mobile RTS game. Add to this 4 player local and online multiplayer modes via Gameloft LIVE and an awesome storyline. Online play still needs some tweaking before its top-notch but my hats off to Gameloft for even endeavoring to do what they've done with this title. For RTS fans I recommend this game for sure. However, If you're not a fan of the real-time strategy genre then this game probably isn't for you. That being said I believe Starfront  is a worthy edition to the list and to your app drawer.

I decided to place this simple game in the list. It is one of the mainstays on my EVO 4G and i've been playing it for months. It's also one of those games that simply works regardless of what phone or version of the Android OS you are currently using. Drop 7 is and addictive number based puzzle game by social game maker Zynga. In Drop 7 you drop numbered disc into a grid avoiding elimination by getting chain reactions based on the number on the disc and the amount of numbers in a row. This is a departure from my other choices. No one is going to get shot or shoot at you in this title. Also there is no need for 3-d graphics or a powerhouse gpu. It takes a few moments to get the hang of Drop 7 but it will take you a long to master and develop a technique to get you on the leader boards. Drop 7 has been described as a digital drug and I concur. I highly recommend this addictive title to casual gamers and hardcore gamers alike. I believe it has a broad universal appeal that few games can capture.