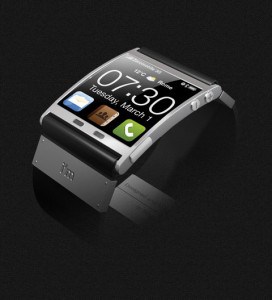 Well ever since people started to put together the iWatch (iPod Nano new gen + watch band), I've been somewhat intrigued to see the real potential of something like that. If you want a better watch pairing device, the I'm Watch is something to look at. The design looks really slick and slim, but as you can see they are only graphical designs thus far.

Now a closer look at the watch: 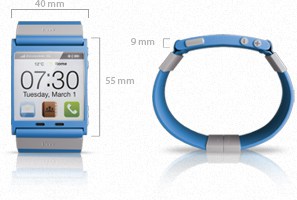 On the second picture here, it looks like to be some charging port for your watch 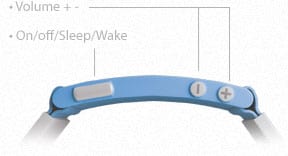 On the other side you have your volume controls and the off/on toggle switch. So as you can see nothing really special here on the body, but this thing sure is slim.

The watch does run Android apps, and they stated it will run along with the iPhone4, and the Blackberry (time slated to be around January 2012).  The watch can show all your Facebook, Twitter, and Foursqaure notifications, and it can also be used as a speakerphone while your phone is connected via Bluetooth. They also pair the watch with some very pun have names; The watch comes with the I'm Store (apps) and the …wait for it….. I'music store. The watch will run you 249 â‚¬ (~$363) , but it might be worth it for you super nerds out there. While I'm not lazy enough to not pick up my phone to check it, the new I'm watch may be the thing for you.