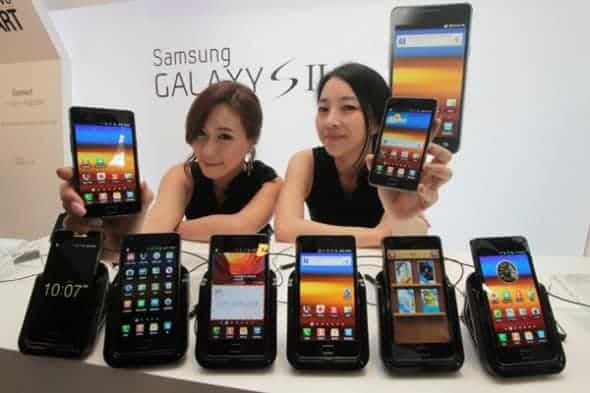 Samsung and the Galaxy series devices?

It was recently said by Samsung that globally three million of the new Galaxy S II devices have been placed on order by retailers.  This mark of pre-orders was as of the end of April in which we are looking for a release of these devices in 120 countries and approximately 140 carriers.

Reviews of the Galaxy S II devices look promising and hopefully this device will live up to its hype.  The first Galaxy S devices passed the 10 Million mark in approximately six months after release and even hit 1 million by day 45. Those numbers are truly nothing to be upset about considering that the iPhone 3G reportedly only sold around 885,000 in that same time frame. Going from those numbers, hitting the three million pre-order mark honestly does not seem that hard to do, especially when talking globally.

The Galaxy S2's are sporting a 4.3 Inch Super AMOLED Plus screen which is said to be the most technologically advanced OLED Panel on the market. With that being said the display should be amazing, but I hope most people out there don't choose their devices just because of the display itself. If that was the case I would imagine all of us would be severely hindered and walking around carrying the iPhone 4 right about now also.

Samsung Galaxy S II, what do you think?