High Tech Corporation at the beginning

Way back in 1997 HTC was a little known mobile computer manufacturer founded by Cher Wang and Peter Chou. Initially known as High Tech Corporation, the Taiwan based company designed some of the world’s first touch screen wireless hand-held devices. HTC began by manufacturing handsets based on WIndows Mobile Operating system with their then partner Microsoft. The first Microsoft powered smart phone came in 2002 followed the next year by the first 3G Microsoft phone. A little known fact about HTC is that one of their first products was the Palm Treo 650. HTC joined the Open Handset Alliance, an amalgamation of manufacturers and network operators, who’s mission statement is to advance the Android mobile device platform. The opening salvo in the barrage of Android handsets to come was the HTC Dream aka the T-Mobile G1, the first Android phone. HTC has grown tremendously since changing the primary focus of their company to Android and both the corporation and the platform have grown quite a bit.

From little known to world reknown

HTC’s growth can be credited to a number of areas. One is the design of their handsets. HTC was one of the first company to place bets on the “hummer” phone to quote Steve Jobs. The “Hummer” moniker is a reference to the large screen phones 4″ and above the most famous of which being the HTC EVO 4G and its offspring. (more on this later) The Second and perhaps most beneficial area is the HTC Sense UI. Sense is for all intents and purposes a graphical user interface though HTC has constantly gone away from referring to Sense as such. They consider it more of a platform all its own and are beginning to take major strides at solidifying it’s place as the preferred method for people to use their phones.

Sense the hallmark of “Quietly Smart”

Sense was based on HTC’s TouchFLO 3D GUI and it’s predecessor TouchFLO.It was first used in the HTC Touch family of Pocket PC’s and has also been used in WIndows Mobile and Android devices. HTC Sense is an updated and improved version of TouchFLO and according to HTC, TouchFLO is henceforth known as HTC Sense. The first phone running the Android OS to feature HTC Sense was announced on June 24, 2009, the HTC Hero. Later on that year the HTC HD2 Windows phone was announced as the second phone to run the updated TouchFLO (HTC Sense UI). At Mobile World Congress 2010 the evolution of HTC and the Sense UI really began to take shape with the debut of the latest version of the UI in the HTC Desire and HTC Legend. Some of the hallmarks of the Sense UI like Friendstream which combines Facebook, Twitter and Flickr and the Leap feature which allowed Homescreen previews and access to all the home screens were added at this time.

HTC EVO 4G the phone that really changed everything

At this time HTC had already begun designing the HTC Supersonic. The company had phenomenal success with both its Windows Mobile and Android devices like the Hero, Desire, and HD2 and had gone from a little known manufacturer to a major player in the emerging smartphone market. The HTC EVO 4G (trademarked in all capitals) became the name of the HTC Supersonic and its announcement was a game changer. The phone was to be Sprint’s flagship handset with a huge 4.3 inch touchscreen and a monster 1Ghz Snapdragon processor an 8mp rear facing camera paired with a 1.3 mp front facing camera for live video conferencing. This combined with the Adreno 200 Graphics, 720p at 30 frames a sec video recording, 512MB of eDRAM and 1024MB built in ROM made it one of the most powerful smartphones ever created. After its release it went on to outsell every othe phone Sprint ever launched including the Palm Pre, Samsung Instinct, and Motorola Razr V3. The EVO is to this day the highest selling HTC smartphone though I believe the HTC Thunderbolt has a shot at surpassing it in terms of sales numbers. The EVO led to the development of the aforementioned HTC Thunderbolt and the soon to be released HTC Sensation. The HTC EVO 3d is due in June which has the same potential as the EVO in my opinion in terms of shaking things up with its dual core 1.2 Ghz processor, qhd 3d display, and dual 5mp cameras. 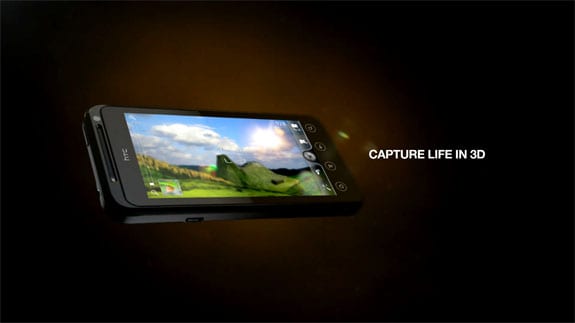 In the first quarter of 2011 HTC has sold over 9 million smartphones. This is more than half of what Apple sold in the same quarter. Factor in that most of these phones were Androids and you should realize just how phenomenal a number that is. HTC’s future is looking even brighter and I do not suspect that they will be slowing down any time in the near term.. The line up of smartphones HTC has coming in this year alone are arguably the best offerings of any manufacturer. Especially when coupled with the visually stunning Sense 3.0 that thousands of EVO owners are now previewing on their handsets. Though Samsung may still be the top dog in the Android space HTC’s growth insinuates they will soon own the top spot. After all Sense is only getting better with dedicated gaming, movie, and music services HTC’s game plan makes lots of “sense”. The pun there is totally intended.