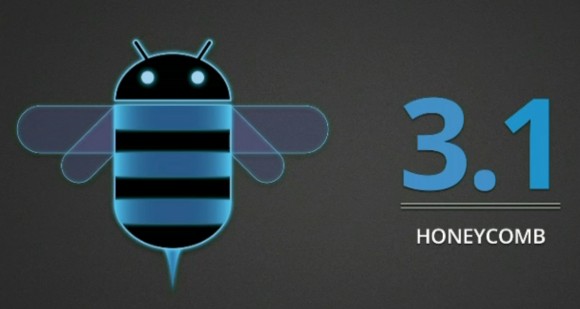 Google is calling Honeycomb 3.1 an incremental release, but this point version includes some incredible features for users and developers both.

From the Android Developers blog, here's the list of the new features along with a brief explanation of each:

There are a couple of these features that really need to be highlighted because they are normally the types of features that are reserved for major version releases.

1. USB host API: Imagine being able to connect your digital camera or Flip type video camera directly to your tablet and importing your pictures or videos to edit and share from your tablet. With this new API you'll be able to do that. You'll also be able to connect gaming devices (which flopped in the demo), joysticks, mice and keyboards. This will all combine to open up new ways to use your Honeycomb tablet.
2. Resizeable home screen widgets: Being able to resize a widget on the fly will bring much more interactivity to your homescreen widgets. In the keynote example the Gmail inbox widget was expanded to increase the number of messages displayed in the widget. Beyond that, you could expand your Twitter or Facebook widget to read your Twitter stream or Facebook News stream and then shrink it again to keep a more homescreen space available.
3. RTP API for audio: This new API will open up the possibility of all types of new uses for your tablet. We should see a whole new crop of features and applications for VOIP and audio conferencing directly on the tablet. I would imagine the same type of thing is coming for video transport as well.
4. Music and Movies: Though not mentioned in the blog post, Honeycomb 3.1 will also include the apps for Music Beta by Google and the new Movies app which will allow you to rent and stream movies from Android Market. Though not at parity with the iTunes experience these new services finally bring some native content consumption options to Android. Hopefully the movie selection continues to grow and the record labels get on board with Music Beta. Both will really benefit from increased content availability and features.

Honeycomb 3.1 is a massive step forward for the Android tablet OS. Though Google has labeled this release as incremental Honeycomb just became a massively more useful tablet OS. The update has begun rolling out to users of the VZW Xoom tablet and will be pushed to all Honeycomb tablets over the next few weeks.