There has been quite a bit of controversy of Honeycomb since it launched with the Motorola Xoom a few months back. Most of the scrutiny has been about the fact the Google has not yet released to source code for Honeycomb, which is laymen's terms means it isn't open-sourced, which is a big part of what Android is.

But then Google went on the record to announce that they held back the code because they didn't believe it was ready, and that they didn't want someone to put honeycomb on a phone. However, today Google announced at i/O 2011, that they were waiting for Ice Cream Sandwich, the next iteration of Android 3.1, to be released and then that would come with the source code. They waited for Ice cream sandwich because that version of Android brings together the world of android, both tablet and phone into 1 pretty little package for all to enjoy.

There is no doubt in my mind that Android 3.1 will be a big deal when it launches later this year sometime is quarter 4. Let us know what you think in the comments. Are you relieved android is staying open sourced? What are you opinions? 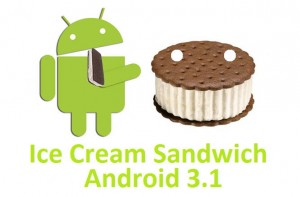 Advertisement
Trusted By Millions
Independent, Expert Android News You Can Trust, Since 2010
Publishing More Android Than Anyone Else
26
Today
119
This Week
65
This Month
1910
This Year
103389
All Time
Advertisement