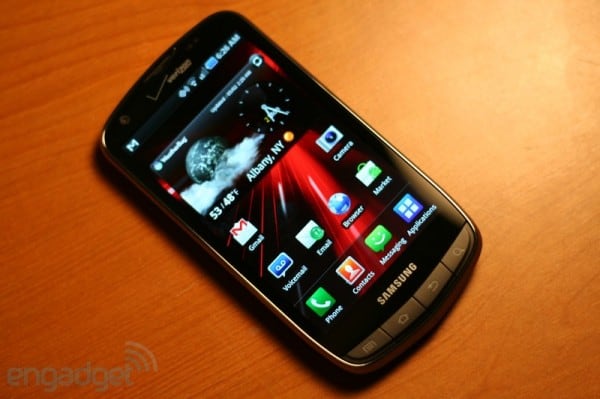 The Samsung Droid Charge is the second Verizon 4G LTE device and the first LTE Droid. The question is how does the Super AMOLED Plus Charge compare to the HTC Thunderbolt? For the answer you'll have to keep reading, but they are very similar devices in terms of hardware specs, both being the best of what a single core Android smartphone can offer. Battery life has received a lot of attention for Verizon's new network, is LTE to blame for the Thunderbolts woes and can Samsung rectify the matter? 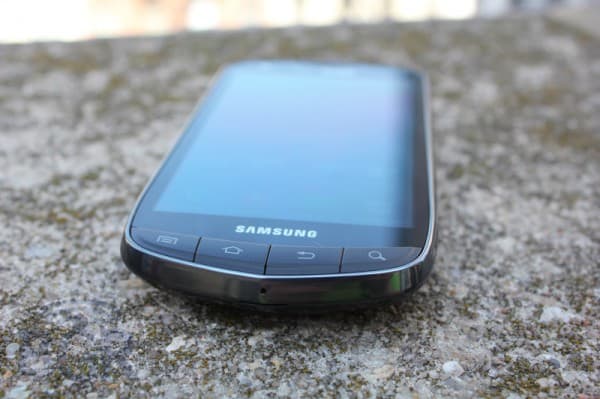 For starters being a LTE device requires a bit more space than other wireless models and is the main reason the Droid Charge can't match up with its super slim big brother the Galaxy S II that we recently reviewed. It came in at 12mm VS 8.49mm for the Galaxy S II VS 13mm for the Thunderbolt. That thickness however is offset by the use of plastic making it a lightweight handset at 143g compared to 177g for the Thunderbolt. Samsung chose to go with a different approach on this one and it features and interesting bezel that comes to a point at bottom of the device.

The Charge feels comfortable in hand and has a glossy finish on the black plate that is stamped to let you know it is a 4G LTE device. The volume rocker is on the left of the device, the 3.5mm headphone jack is up top, and the power button is on the right. In a change from Samsung it features a full complement of hardware buttons that were a pleasant addition in the sea of capacitive touch devices. 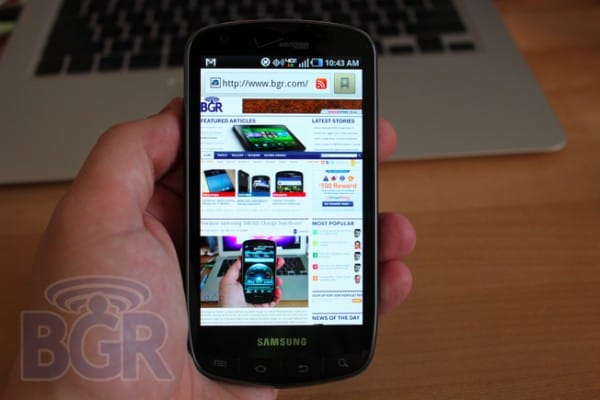 The Super AMOLED Plus display on the Droid Charge is beautiful as always as Samsung continues to make one of the finest mobile displays available. It is 4.3" and has a resolution of 800 x 540 though not the new qHD 960 x 540 the brilliance of the display makes up for what it lacks in resolution. Brightness levels are great and it is visible in almost all lighting situations indoors or out. Viewing angles are again top-notch and leave little to be desired. Phandroid states, "Overall, one of the most vivid screens available on a mobile phone."

The one problem was color reproduction when set to default brightness. It is the same complaint that was made about the original Galaxy S that it seems to take on a greenish hue at those levels. Adjust the brightness level higher and the problem disappears leaving what can only be described as a brilliant display. 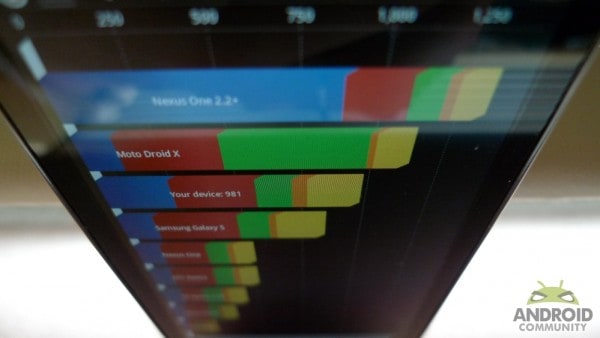 It is really during benchmark testing that the age of the 1Ghz Hummingbird single core Samsung SoC and only 512MB of RAM are shown. It certainly doesn't compare with dual core high-end devices out today and is a far cry from the beastly Galaxy S II. It does best the original Galaxy S, but the benchmark scores were lower than the real world performance that phone achieved. It is for the most part responsive and up to all but the most demanding of tasks. Engadget stated, "most importantly the phone feels quick to use — it's no Atrix, but it's certainly on par with the Thunderbolt." 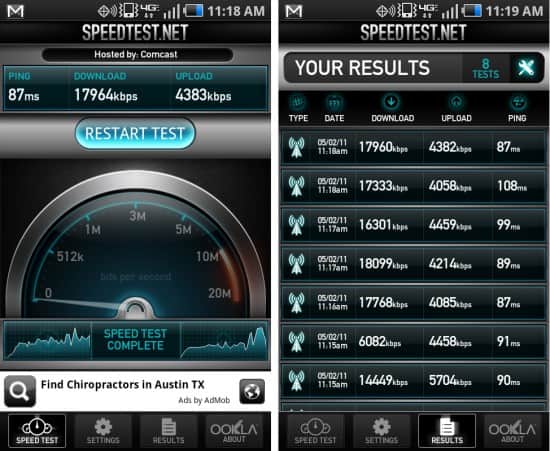 The 4G LTE speeds were great and consistent. Hopefully Verizon has fixed all of the issues with the network because when it's up and running it simply flies. As you can see the scores averaged in the 17MB per second for download and 4.5MB per second upload consistently. As of now Verizon is still offering LTE with an unlimited plan, but who knows how long that will last so hopefully the Charge is released sometime this week. 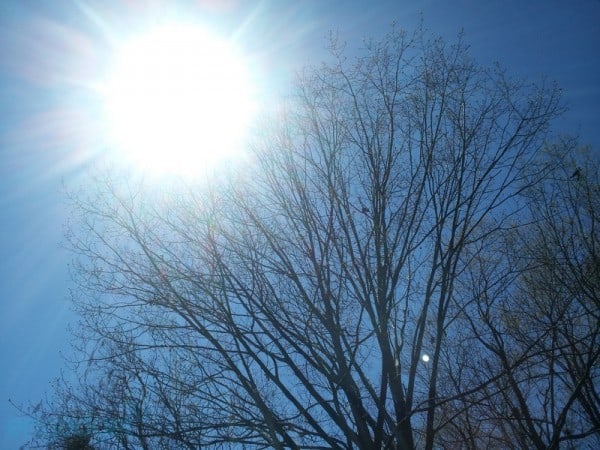 The rear shooter on the Charge is the same 8 megapixel model used in the new Galaxy S II and just as in that phone it is certainly capable as a point and shoot. Video quality also gets high marks for recording better than average 720p video. Phandroid described their experience with the camera and stated, "Overall, I found the camera quality to be excellent. Unless you plan on printing life-size posters I think you'll find the DROID Charge camera to be amazing."

The 1.3MP front facing camera delivered commendable performance and will be perfect for video calls over the LTE Network. Which is great news as Google is adding voice calls into Google Talk with their next update and we should here more about it at their I/O event next week. 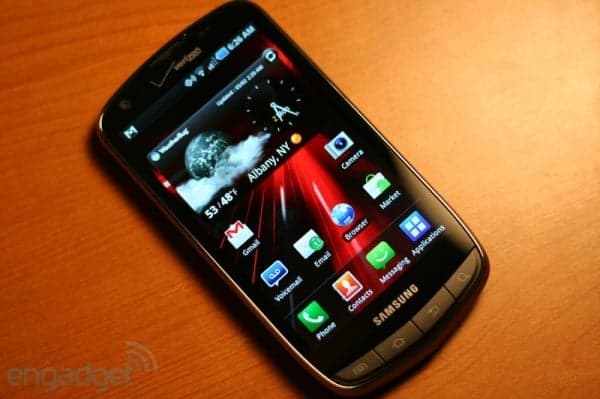 The Charge is running Android 2.2 Froyo with the TouchWiz UI3.0. Sadly it doesn't come with Android 2.3 Gingerbread or the new TouchWiz 4.0 that are featured on the Galaxy S II. It's the same familiar interface with 7 home screens and a pinch feature that gives you thumbnails of all 7 screen for easy navigation. Samsung also load the device up with plenty of bloat-ware that will probably never see the light of day.

One cool feature worth mentioning is the built in screen capture ability. All you have to do is hold down the back button and press the home key and a screen capture will be saved to your gallery. Here is  a quick demo if the feature in action.

The Droid Charge ships with a 1600 mAh battery that actually provided great performance for an LTE device and it handily outlasted the HTC Thunderbolt. Getting through a day with LTE always enabled will be no problem and will go even further for those with light usage. This mean that the Thunderbolt has another issue besides the LTE Radio that is causing its poor battery performance, so HTC is to blame for that one. No need to worry about leaving home without your charger with the aptly named Droid Charge.

The Samsung Droid Charge is the second 4G LTE from Verizon and the first DROID to have the speedy network capabilities. The Super AMOLED Plus display and Camera quality are also strong points for the Charge when compared to the Thunderbolt. There are however a few things about the device that seem how should I say, so last year. The single core 1 Ghz processor and Android 2.2 while great for last year aren't quite high-end which should be considered as the Charge will set you back $299 on a 2 year contract.

Other than those slightly dated feature the Droid Charge is an excellent phone and should definitely be considered if you live in a LTE covered area. It has excellent battery life and a vibrant display all of which combined with LTE lead to pleasant overall experience. Hopefully an update to Android 2.3.3 Gingerbread is in the works, and Verizon start's selling these as soon as possible. Check out the full video review from PhoneArena and the gallery below.