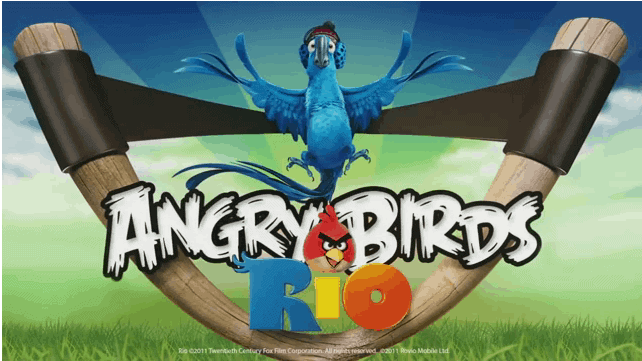 So it seems I'm not the only one wondering about the previously announced May update for Angry Birds Rio as the release date has come and gone. No worries Rovio posted on their Facebook page just the news were hoping for, an imminent release of the next chapter of Angry Birds Rio. According to the aforementioned Facebook post:

"Squawk! Hold on to your hats, people: the first update for Angry Birds Rio lands next week!, Get ready for more marmoset-mauling action and more juicy secrets to discover. Did you already find all the Golden Pineapples and Bananas?"

Rovio promises all sorts of new features and environments for the forthcoming "Jungle Escape" update. These environments will be direct ports from the film and the update will also include some new birds. Rumored are a new Boomerang Bird and a mysterious Black Bird added to your smuggler smashing toolbox.

If your like me and you can't wait to collect more Golden fruit and the like and the delay wasn't your cup of tea then allow me to appease you with the news of more updates. Three more chapters will be coming in July, October, and November 2011 respectively. As for Angry Birds Rio Jungle Escape, it will be available next week with the Android Marketplace update coming shortly thereafter. More to come Folks.