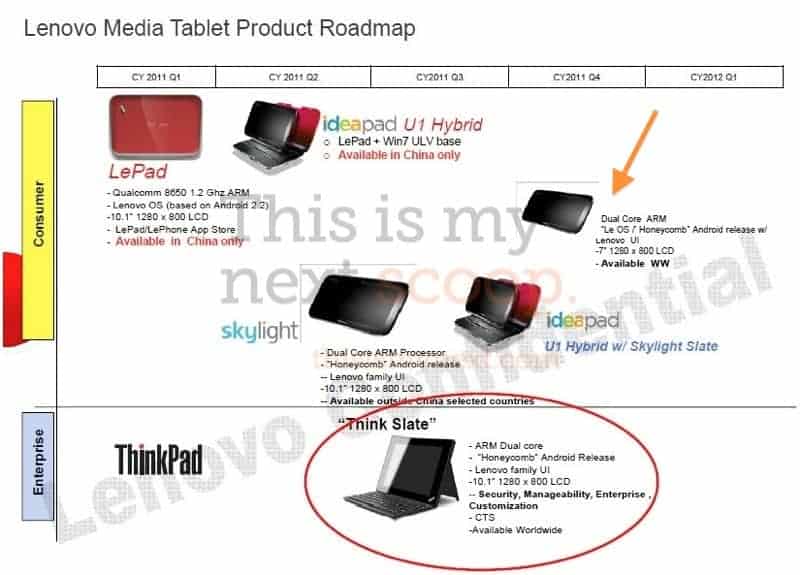 On Tuesday, we reported on the Lenovo ThinkPad tablet which is scheduled for release in July, and we've previously covered their upcoming Skylight Slate and LePad 2 tablets, but it appears the Chinese heavy hitter have yet another Android tablet up their sleeves. The above leaked Powerpoint slide confirms the release dates we reported for the aforementioned tablets (the LePad 2 being referred to as the IdeaPad U1) and reveals an as yet unnamed 7 Inch tablet set for release in Q4 2011. Unfortunately, the only details we have on the tablet are what's contained in the slide. We know it'll be running Android OS 3.0 Honeycomb with a customised Lenovo UI (Le OS), which might not be what you want to hear if you like a pure stock Android experience. The dual core ARM processor and 1280×800 resolution, however, are bound to put a smile on some faces. The biggest mystery right now is what this tablet will actually look like, as the image on the slide appears to be merely a placeholder. As soon as we know, you'll know!