Quebecor Inc. is the parent company of Videotron, a mobile carrier that launched last summer. They also own a television network, TVA. 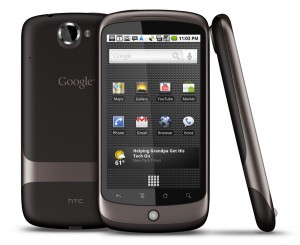 The company recently noticed that many of the shows on their networks are prominently featuring the iPhone. The problem with that is Videotron doesn't offer the iPhone on its network and apparently they have no plan of offering it.

In an effort to change this trend, Quebecor has asked producers of these shows to feature phones that are available on their wireless network instead; phones such as the Nexus One have been offered, free of charge, to replace the iPhone on the shows.

No word on whether there were any takers on this offer. Although there hasn't been an outright ban on the iPhone, one producer has said that he "wouldn't be surprised" if a ban was implemented.

Advertisement
Trusted By Millions
Independent, Expert Android News You Can Trust, Since 2010
Publishing More Android Than Anyone Else
15
Today
15
This Week
389
This Month
389
This Year
101884
All Time
Advertisement