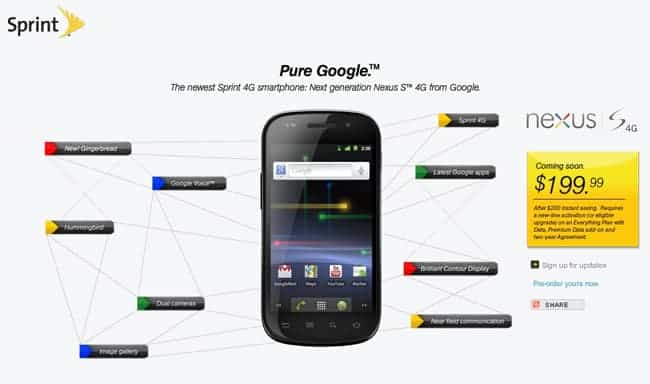 Near Field Communication is coming, and leave it to Sprint to beat everybody to the punch on the technology.

So what is NFC? Near Field Communication is the technology that allows us to use our smart phone like a credit card by waving it over an electronic reader machine that scans it, and charges us on our phone or credit card bills. AT&T, T-Mobile, and Verizon have already placed their bets on the Isis Mobile Payment System but Sprint has been testing their own NFC payment system since 2007.

With the Samsung Nexus S smartphone coming to Sprint very soon, Sprint really wants to give consumers the option to use the integrated NFC chip the phone has on board. More NFC equipped smartphones are on the way as well.

Many phone manufacturers are looking to add NFC to their handsets in 2012. I'm on the fence in terms of what this means as I have never been big on electronic forms of payment but what do you think? Will you be buying a smartphone based on whether this technology is on board? Do you think you will be open to swiping your cell phone to make payments? Let us know in the comments what you think of NFC on your phone.