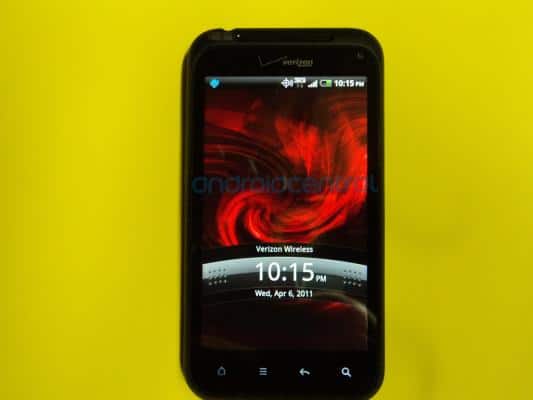 The Verizon Droid Incredible 2 showed it's face again today. As expected, it is the identical twin of the HTC Incredible S recently launched in the UK, sporting the same 4inch display and rocking Android 2.2(Froyo). Turn the Incredible 2 over and you'll see its similar race car inspired battery cover, previously seen on the original Incredible. Also there is it's 8 megapixel camera. On the front there is a front-facing camera for video chat and it's four capacitive touch buttons along the bottom that have caused such a stir for their ability to rotate when the phone is put into landscape mode.

Though shipping with Froyo, the Incredible has been rumored to be launching with Android 2.3(Gingerbread). No details have emerged in terms of pricing or release date as Verizon has yet to announce the device yet. But there have been speculations aplenty that we may see the Incredible make it's debut April 28th. But after the fiasco with the HTC Thunderbolt release, i recommend waiting for the official announcement rather than buying into every rumor. 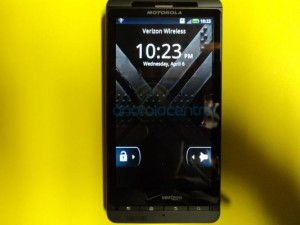 Not to be outdone, The successor to the Motorola Droid X, the Droid X2, also reared it's head out today. On the outside there isn't much difference when compared to it's older brother, but don't let that fool you. This is one huge upgrade. Underneath that 4.3 inch display you've got a NVIDIA Tegra 2 dual-core 1GHz processor with 1GB of RAM. The X2 currently is running Android 2.2(Froyo) but an upgrade to Android 2.3(gingerbread) before launch is not out of the question. Also unknown is if the device will be 4G capable. Current rumors say no, but seeing as this phone has still not been announced, we will hold off on the assumptions.

Despite its impressive spec sheet, the X2's lack of a front-facing camera may be a deal breaker for most consumers. Especially compared to Verizon's other offerings, the HTC Thunderbolt, Droid Bionic, and HTC Incredible 2, all which feature dual cameras. What say you? Will the lack of FFC love on the X2 drive you to another smartphone this summer?