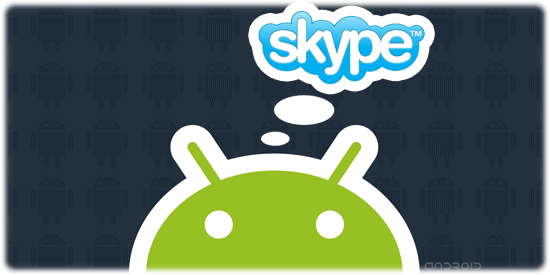 Skype Leaked, and You Can See It!

Skype with Video for Android has been talked about heavily since this year's CES. Verizon had advertised that the HTC Thunderbolt would launch with it, usable on both 3G and Wi-Fi. Then the Thunderbolt was delayed, and then announced with no Skype.  Release day has come and gone, but someone found and leaked the APK!

While it seems that this was made for "testing" with the Thunderbolt, anyone with a front camera should give it a try. I went ahead and tried it on my Motorola Xoom, but it didn't work. The whole exclusivity thing with applications is pretty troublesome, and I wish developers would just do their best to address the OS as a whole, or at least the majority. It's another reason people cry out fragmentation when they hear the word "Android" that can be easily avoided. If you wish to try this APK out, thank you to our friends at Droid-Life.  Now grab it!

Download:  [zipped version] – Do not try to flash in Clockwork. It's just a zip file.