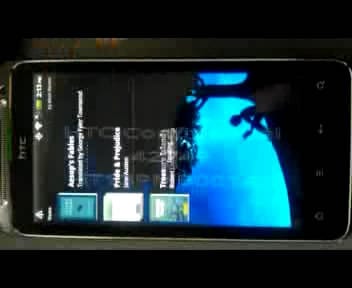 Its full steam ahead for HTC. Not content to rest on its Evo 3D/Sensation laurels it seems HTC is working on a few new devices for our consumer torment. 911 Sniper got their hands on a few leaked pics for two unknown HTC phones. The picture you see above is for the HTC Kingdom which is about all we know about it so far. It looks very similar to existing HTC phones but the photo gives us nothing to go on in terms of its screen size, pixel density etc. It seems Mr Blurrycam was not kind to us, but hey at least it will Kindle for Android… 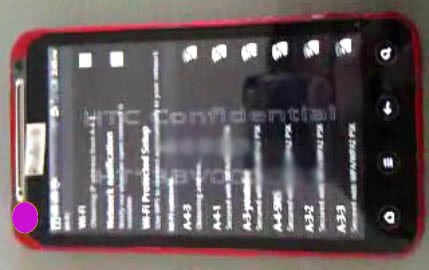 This next picture is for the HTC Rider and like the HTC Kingdom thats all we know! Oh and it could possibly come with a hint of red on it.

So basically this blog post was to tell you that we just have some photos… But fear not! If we look close enough we can see they both actually look pretty similar and also look similar to the HTC Evo 3D and Sensation. Coincidence? Phandroid seem to think one of these will be the European version of the Evo 3D which is possible. Could the other be a smaller screened version? a 3.7in? It's all speculation at this point.

Finally there is the HTC Doubleshot which is rumoured to be a a 4G version of the much-loved T-Mobile MyTouch Slide. This again comes from 911 Sniper who has nicely provided a leaked radio image.