Skip to content
Trusted By Millions
Independent, Expert Android News You Can Trust, Since 2010
Publishing More Android Than Anyone Else
29
Today
178
This Week
179
This Month
2853
This Year
112917
All Time The story of the day is that the Motorola Xoom is a flop. It makes for a great headline, but take a closer look and you will see it’s no flop at all. A Deutsche Bank analysts recently estimated that approximately 100,000 Xooms have been sold thus far and cites these numbers when calling the first and only Honeycomb tablet a failure. The Motorola Xoom is the first of its kind, it is the first Google Android Honeycomb based tablet, and it is entering a new market where the only other major player is the Apple iPad.

To start the numbers that the Deutsche Bank uses to determine Xoom sales are anything but scientific and are based off of percentage numbers of Android 3.0 devices accessing the Android market. Motorola has not released any sales figures on which real analysis can be conducted.

The other mistake they are making is comparing Xoom sales with the sales numbers of the iPad. If you were to take a comparison of any single Android device and compare against Apple’s numbers in which one product makes up the entire platform, then I guess every Android device would be considered a flop.

The Xoom is currently only available in the US and was launched on Feb. 27th not even a month and a half ago. The launch included one 32Gb model with 3G/4G and Wi-Fi connectivity at a price of $800 from one carrier. It was not until March 27th that a Wi-Fi only version of the Xoom was released for $600.

In 42 days Motorola Mobility has sold about 100,00 units of the Xoom for an estimated $70 million in hardware sales at the pace of 75,000 units per month solely in the US. Would you consider these initial sales numbers to indicate the Xoom a flop? 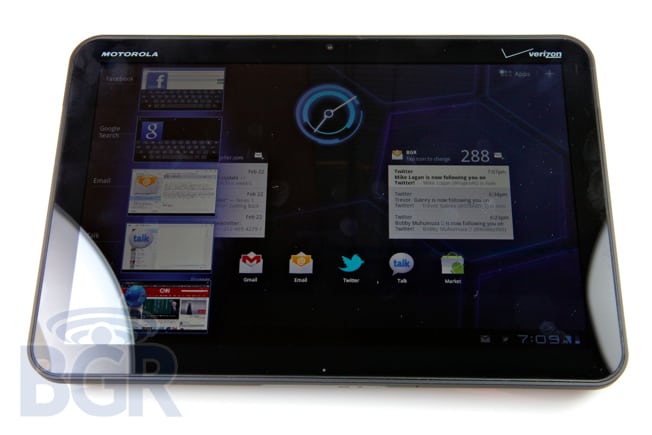 The original Apple iPad took 28 days to reach its first million devices shipped and those are great numbers that deserve some recognition. This article is not to take away from the success Apple has enjoyed, but to give a better understanding of Xoom sales figures.

The tablet market is new and though most will agree it will have a bright future this is just the infancy stage of the tablet future and of the Android tablet presence. The Xoom is the start of a wave of Android Honeycomb tablets coming to market this year and as we all know that the strength of the platform lies in the numbers of offerings different players bring to the market.

The Xoom numbers are only going to continue to grow as the platform gain steam just as the smartphone numbers have seen steady increase. The estimated 75,000 monthly units and $70,000 million in hardware numbers are nothing to scoff at. What do you guys think is the Xoom a Flop or a start of bigger things to come?