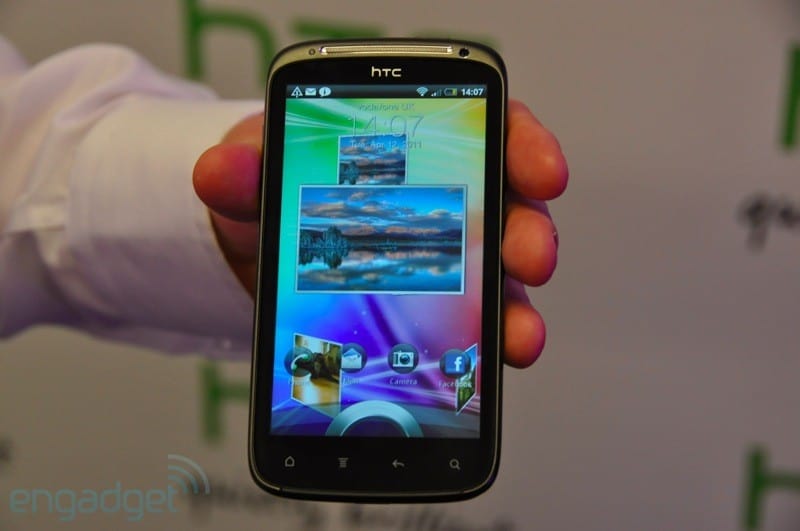 HTC Sensation 4G Is It Sensational?

The HTC Sensation 4G is here and it's another dual core device from the Sense manufacturer. Not only can we test the new UI, but we can also put the new Qualcomm 1.2 Ghz SoC through its paces. The Sensation is the retail name for the codenamed HTC Pyramid that has been rumored and discussed for some time now. The stats only tell one story, so come as we take a look to see if the real world performance and experience lives up to the hype.

The Sensation is a beautiful device and is the first smartphone to feature a contoured glass front surrounding the entire screen along with an aluminum unibody shell.The HTC Sensation 4G features as mentioned the new dual core 1.2 Ghz processor from Qualcomm and its a snappy performer if you thought the Thunderbolt was quick wait till you try this.

It also features whats becoming the standard on new high end devices from HTC and Motorola a Gorilla Glass 4.3" qHD display with a 960×540 resolution with a true 16:9 widescreen ratio. It is a noteworthy upgrade to the now standard 800×480 resolutions screens on Android devices. I for one hope this resolution becomes the new default ASAP so more games and apps are designed to take full advantage of the richer displays. 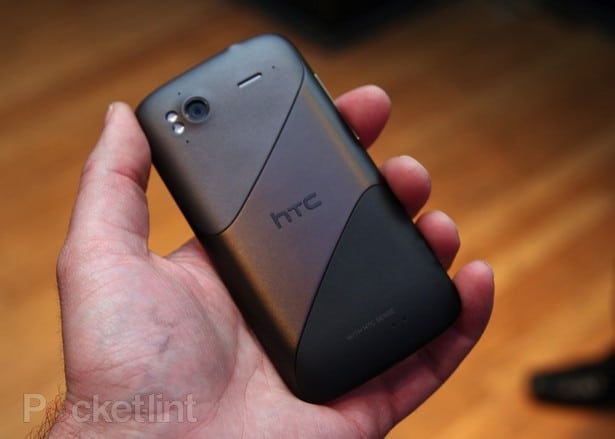 It ships with 768 MB of RAM and a total of 12 GB of storage 4GB internal and an 8GB microSD card. It has an 8 megapixel camera that can shoot full 1080p video with stereo sound and a VGA front facing camera for video calls. The Sensation will run on T-Mobile's "4G" HSPA+ network with 14.4 Mbps download speeds which should be more than adequate for almost anyone's needs.

At the event HTC's Vice President stated that they have transformed the lock screen into a window on your most important content and information. It's completely customizable from your Social Board to your stock quotes information can be visible from the lock screen. 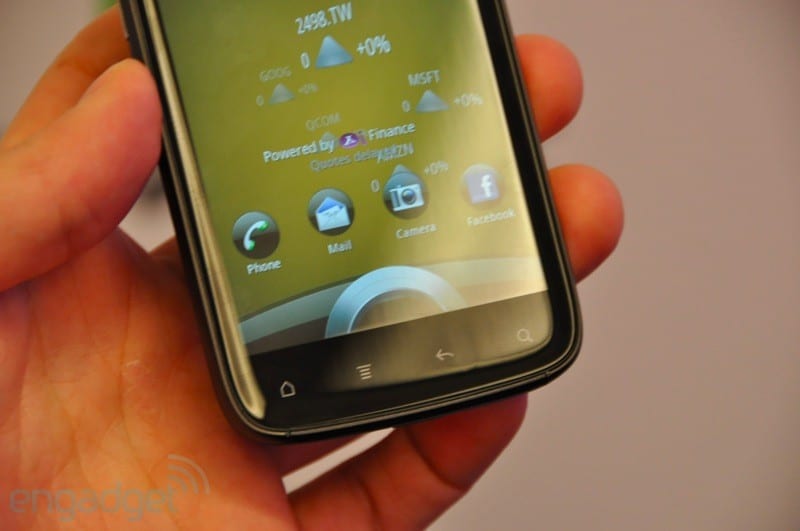 The option pictured is one with four icons on the lower portion of your lock screen. The examples given were Phone, Mail, Camera, and Facebook, but you can choose any four of your liking. All you have to do is slide whichever app you want to jump into inside the circle on the bottom of your screen and it unlocks to the main screen of your selection. These improvements aren't revolutionary, but they definitely are a first from a manufacturer and do a great job of providing quick access to apps and information.

The Sense UI received a complete overhaul for its latest iteration and continues to stay one step ahead of the competition. Most notably is the upgrade to Android 2.3.3 the latest version of Gingerbread. There are many considerations when designing a UI and HTC wants to make a lasting impression. Little things can go a long way to make mundane task more enjoyable. An example is the new Weather App that has been updated now the full screen animation of current conditions is now accompanied by sounds, thunderstorms play rain and thunder to accompany the visual clouds and lightning.

A more substantial change is the 3D home screen carousel which is similar to the version offered by SPM Mobile Shell. If your scroll normally across your home screen you get the standard Sense transition, it also has the ability to change into a 3D carousel with a quick swipe. Check out a short preview of the new enhancements.

Another addition is HTC Watch an integrated movie and music service that allows you to purchase or rent movies and purchase music directly to your device. This is a big announcement as it is the first Android device to have this feature which is comparable to what the iPhone offers with iTunes.

The first impressions of the HTC Sensation are overwhelmingly positive. It has all of the latest and greatest in Android and smartphone technology and brings a few new things to the table. We are glad to report it is shipping with Android 2.3.3 Gingerbread as well as the new Sense 3.0 UI.

It will run on T-Mobile's "4G" Network which will enable easy access to the new HTC Watch integrated media platform. The HTC Sensation 4G hits all check marks in its feature set and shows great attention to detail in the new UI. What do you guys think of the dual core speed daemon headed to T-Mobile?