Rumor: Google Music Not Getting in the Groove 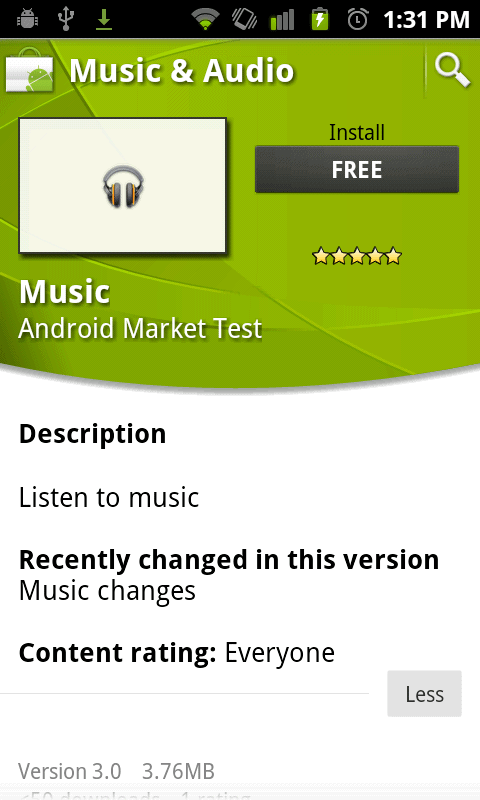 Rumors are circulating the web that Google is not happy with record labels and the prices the labels are demanding. Paying, after all, goes against Google’s open/free Android source code and recent gift to Kansas City, Kansas.  Supposedly, Google may go the Amazon route and not bother with licenses at all.

WMG Wants Pay to Play from all Google Users

Warner Music Group is reportedly giving the most trouble to Google, as they want an annual fee of $30 to be charged to users. Considering other ad-free cloud music services can be $10 per month, $30 a year isn’t too shabby. Google hopes to allow users a free trial of the service with the first 500 tracks stored.

Google could either drop the service altogether or try to launch the service without a license. Then again, these are all rumors so none of this could matter in the end, but with these fascinating screenshots discovered last week in a version of the Android Test Market by Tech from 10, Google is clearly working on something.

And CNET notes that Google is having employees test the service at their headquarters, a process nicknamed “dogfooding.”  Plus the leak of Google Music Sync in Honeycomb and the APK showed what the service could end up looking like.

Would the music industry want to take on Google if they launch without licenses?  As The Music Void notes, “”Larry, Serge and Eric could buy the entire music industry with their personal money.”

Thanks to Tech from 10 for these screenshots they found on the Android Test Market.