Eye-fi, the folks who brought us the "memory card with antenna and magical superpowers" has just released an upgrade which should be exciting to Android users.

The Eye-fi X2 Card is basically an SDHC card, equipped with Wi-Fi. This enables uploading of photos from a point-and-shoot camera to a desktop PC or notebook, using your home network.

The new innovation is the Mobile X2 card and a new feature called Direct Mode, which will accomplish the same result, even when you're not in range of a Wi-Fi network.  It appears to set up its own ad-hoc network, to which you can connect your Android device. There's an app to run on your Android which will instantly receive and display your photos, and of course, to edit and send them out, using whatever tools you already own and love (and we're told that there's a corresponding app for those devices which have a piece of fruit as their logo as well). 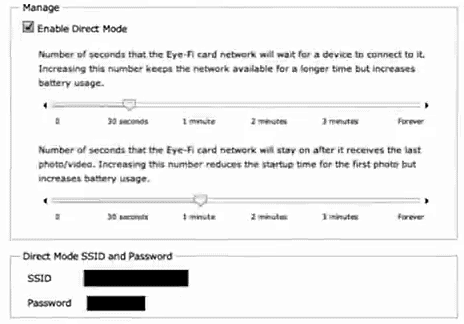 The new Mobile X2 cards retail for $79.99. If you already own a previous model of the X2 card, the update to enable Direct Mode is a free download, as is the Eye-fi app in the Android Market.