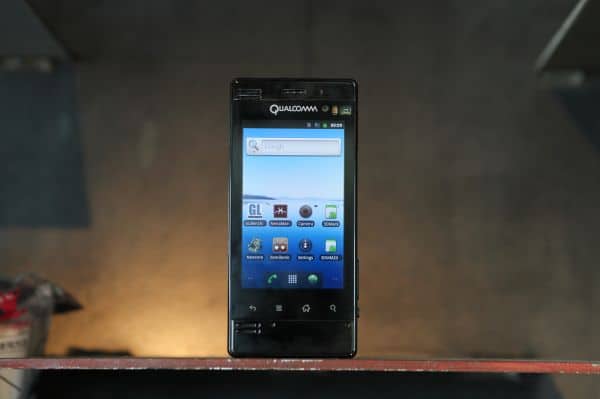 Looks like Anandtech (the lucky so-and-so's) got quite the treat from Qualcomm at MWC; they got to take home one of the latter's Mobile Development Platforms (MDP)! This phone exists to showcase and test Qualcomm's latest and greatest chipsets.

The star here is the dual core 1.5 GHz processor (two Scorpion cores), the MSM8x60, with an Adreno 220 GPU that we will be seeing in future phones. The same chipset is expected to be seen on the HTC Evo 3D and HTC Pyramid later this year (although they will be running at 1.2 GHz) so the tests done can give you a taste of what to expect. The chipset is the successor to the currently used 1 GHz single core processor, the QSD8x55, with the Adreno 205 GPU, most recently seen in the HTC Inspire 4G.

With the MDP optimised for evaluating graphics performance, Anandtech did what any good site would do and put it through its paces. The processor is definitely a beast, and while I would recommend people wanting more information head on over to Anandtech to see their full review, here is a Quake performance test result. 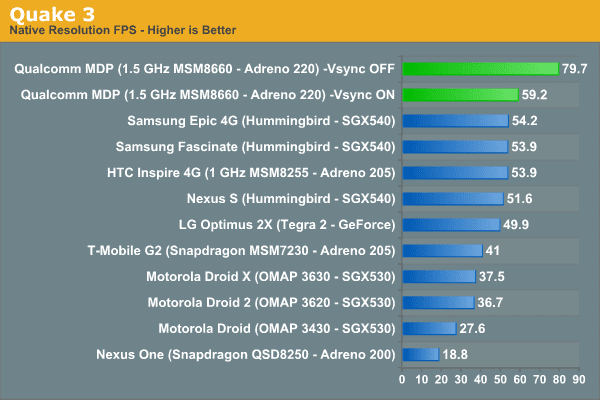 It quite impressive to look at. As you can see the new Adreno 220 GPU is far superior to its older brother the Adreno 205. As already mentioned go to Anandtech for the full review, warning though, it may blow your mind…

So what you think? Impressive enough to make you hold back on getting that new phone? Does it make you want the HTC Pyramid or HTC Evo 3D even more? Hit the comments to tell us your thoughts.