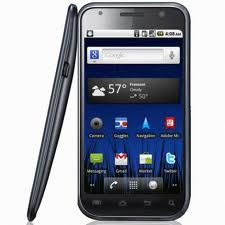 The Google Nexus S is on its way to Canada, as we reported here not that long ago. The guys over at mobilesyrup.com have had a tip that units are starting to arrive, ready for launch. The only thing that we or anyone else can't confirm is how much you'll be paying per month for the second of Google's own branded phones (and the first built by Samsung).

If the Nexus S is to be your new toy on release, you can pre-order it for $50 here, just to make sure one has your name on it.