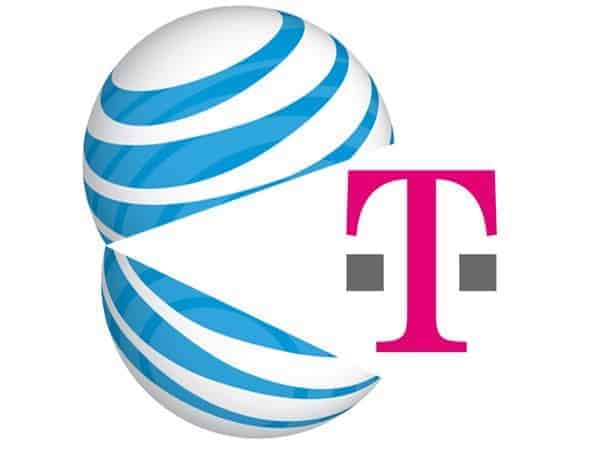 AT&T a step closer to closing the deal

The mobile showdown of global proportions continues as AT&T reiterated their intent to purchase and merge with T-Mobile and submitted their proposal for the deal to the Federal Communications Commission (FCC). I tend to disagree with the pundits who claim the deal would put Sprint out of the wireless business but Sprint seems to be pandering to those naysayers by joining the Rural Carrier Association (RCA) to assist them in preventing the merger. The fact that this will hurt small carriers (many of which are partnered with Sprint in some way) was one of the main objections voiced about the deal among others by Sprint in their initial statement objecting to the merger. AT&T rebutted these objections by pointing out that this would actually bring 4G LTE to 97% of Americans fulfilling the Obama Administrations goals for proliferation of high-speed internet and creating jobs. However an unnamed FCC official claims the deal will not be approved. Press release below.

AT&T Inc. (NYSE: T) today filed with the Federal Communications Commission its Public Interest Statement regarding its proposed acquisition of T-Mobile USA. The filing demonstrates the numerous benefits of the merger, including the deployment of 4G LTE network technology to more than 97 percent of the population. When the parties announced this transaction in March 2011, AT&T initially stated that it would deploy LTE to 95 percent of the U.S. population. After conducting a more refined analysis of the combined network, AT&T is increasing the scope of this commitment to 97.3 percent. This deployment will help fulfill this Administration's pledge to connect every part of America to the digital age, and it will create new jobs and economic growth in the small towns and rural communities that need them most.

Additional highlights of the filing include:

AT&T has helped make the United States the global leader in mobile broadband and smartphone sales. AT&T's mobile broadband leadership, however, presents it with unique spectrum and capacity challenges. A smartphone generates 24 times the mobile data traffic of a conventional wireless phone, and the explosively popular iPad and similar tablet devices can generate traffic comparable to or even greater than a smartphone. AT&T's mobile data volumes surged by a staggering 8,000% from 2007 to 2010, and as a result, AT&T faces network capacity constraints more severe than those of any other wireless provider.
AT&T is using up its spectrum at an accelerating rate, and the wireless broadband revolution is just beginning. Over the next five years, data usage on AT&T's network is projected to skyrocket as customers "mobilize" all of their communications activities, from streaming HD video and cloud computing to a range of M2M applications like energy management, fleet tracking, and remote health monitoring. In just the first five-to-seven weeks of 2015, AT&T expects to carry all of the mobile traffic volume it carried during 2010.
This merger provides by far the surest, fastest and most efficient solution to that challenge. The network synergies of this transaction will free up new capacity – the functional equivalent of new spectrum – in the many urban, suburban and rural wireless markets where escalating broadband usage is fast consuming existing capacity.
This transaction will thus benefit consumers by reducing the number of dropped and blocked calls, increasing data speeds, improving in-building coverage, and dramatically expanding deployment of next-generation mobile technology.
The transaction's benefits arise from the uniquely complementary nature of AT&T and T-Mobile's GSM/HSPA+ technologies and spectrum holdings.
The combined company expects to integrate a significant portion of T-Mobile cell sites into the AT&T network. Upon network integration, which will benefit customers in as little as nine months, this will equate to "instant" cell splits – increasing cell density and effectively doubling the amount of network traffic that can be carried using existing spectrum in the areas served by those cell sites.
Groups across the political spectrum, including a broad range of consumer, disability, civil rights, and rural advocacy groups have highlighted the transaction's potential to empower consumers, workers and small businesses to participate more fully in our nation's broadband society.
The U.S. wireless marketplace is fiercely competitive, characterized by escalating usage, product differentiation, rapid innovation, fierce advertising campaigns, new entry, and sharply declining prices for wireless service by unit of consumption (e.g., minutes or megabytes). In fact, the FCC found last year that approximately three-quarters of Americans live in localities contested by at least five facilities-based wireless providers.1 These other competitors are rapidly growing and investing and will ensure the wireless marketplace remains vibrantly competitive after the transaction.

The idea of this has caused a firestorm throughout the mobile world as people speak out both for and against the merger. As always we want to know what you think about the idea of AT&T and T-Mobile becoming one. Let us know in the comments.