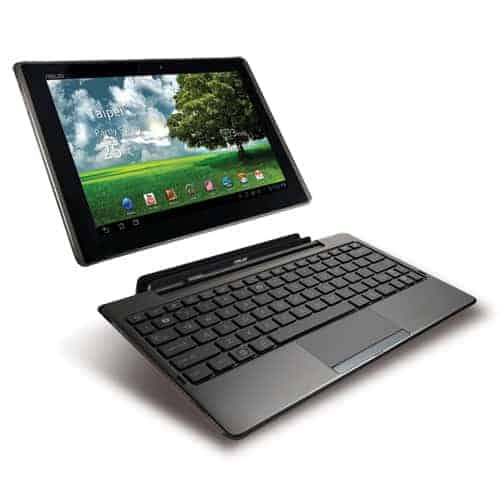 Asus Eee Pad Transformer Not Delayed, to be Released Tuesday

The other day we posted a rumor about the ASUS Eee Pad Transformer getting delayed till June. Well now to the delight of many of you, you can scratch that out, it wasn't true in any way at all. It is pretty much confirmed that the tablet will get released on April 26, that is, tomorrow. Pricing has already made its way and it is excellent! It is $399.99 for a 16 GB and $499.99 for a 32 GB  model. Comparing it to Motorola this is where the Eee Pad TOTALLY dominates. Just because the price is low compared to many other tablets, don't think it has less to offer. As a matter of fact its actually the other way around. This think is like the Blake Griffin of tablets. I mean its a total BEAST!

How Much of A Beast is the Eee Pad Transformer?

These are only a few of the main specs. It's kind of similar to the Motorola XOOM, but when you see the Eee Pad Transformer with its price this is where it dominates. Not to mention it has an accompanying keyboard dock that will pretty much turn this baby into a netbook. It's $150 for the keyboard, but it just changes your overall experience with the device.

It's Coming right after Easter!

Are you going to rush to the retailers on April 26th? If you are planning, then you better get there in a heartbeat. This tablet is expected to be sold fast, thanks to is excellent price point.