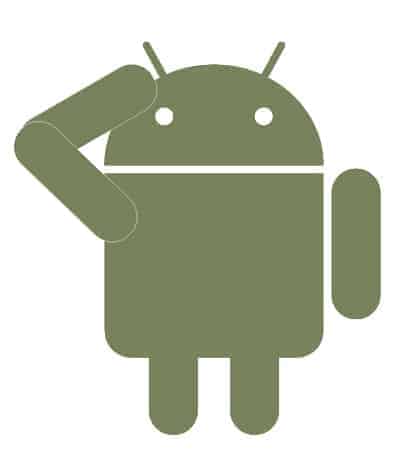 For years now the United States Army has been looking for a device that the soldiers can use on the battlefield to communicate with fellow troops, locate places on a map, and stay in contact with HQ. Now they have found it.  The answer is provided by none other than Google's Android platform.

Why is the Little Green Robot Wearing Camo?

An Android device can be integrated into a soldier's gear without adding too much weight but will add a lot of tools. It can be used for maps, communication, and relaying information securely. The Armed Forces version is everything we use our Android phones for now, but in a tough and rugged shell, designed by MITRE, a nonprofit organization that uses technology to address some of today's issues.

Android beat out iOS because of its functionality, flexibility and because Android is open source, it can be put on any device they design and kept within budget.  The iOS only comes in one package, the iDevice.

Now none of this is written in stone just yet, as the device being designed is still going through testing phases. It may not be the final choice by the military but with all the pros Android has going for it, I sure hope it does.