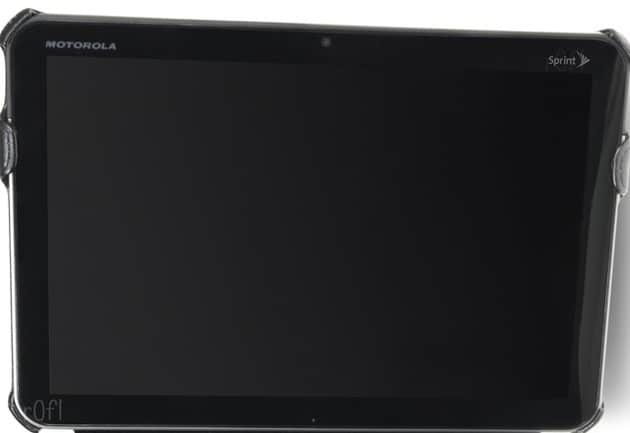 As we reported today, rumors have been flying that the Motorola XOOM is headed to Sprint, and it will be announced sometime next month. A few hours later, a Sprint branded XOOM tablet showed it's face. A poster over at SprintUsers, who has been a reliable source and leaked previous unreleased Sprint devices, posted the picture of the dual-core, 4G tablet in the forums.

The Sprint XOOM is said to run on Sprints Wimax 4G Network, meaning if it launches soon enough it could very well be the first XOOM tablet to run on a 4G network, ahead of Verizon's XOOM. No word yet if it will be announced at CTIA next week in Orlando but according to Sprint sources, they are expected to wait until April to announce the tablet as to not take away from the announcement of their newest smartphone lineup.