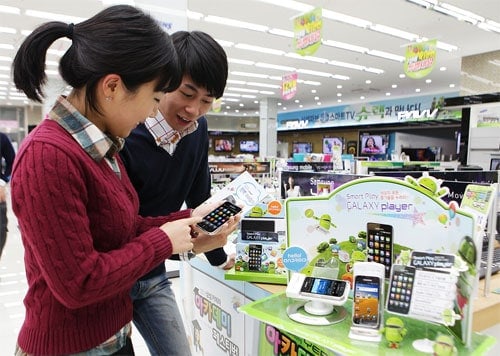 At last, the Samsung Galaxy Player (YP-GB1) is on sale; in South Korea. The device shares similar design and specification to that of the popular Galaxy S smartphone, but with no cellular connectivity. The Android-powered Galaxy Player is Samsung's attempt to be a great contender against Apple's iPod in the market. Things are going pretty good for the Samsung Player since the pre-orders started in February.

The Galaxy Player went on sale in South Korea and is attracting customers. According to Samsung, they sold more than 20,000 units in the first 10 days. This made the Korean manufacturer reach its milestone in a short time. Due to this success, the Galaxy Player is claimed to be the fastest-selling Samsung player.

The Samsung Galaxy Player: Why it's hot, or at least selling like hotcakes

Samsung Galaxy Player features 4-inch Super LCD touchscreen, 1 GHz Hummingbird processor, front and rear-facing cameras, Wi-Fi and Bluetooth. The device has Android OS 2.2 (Froyo) as its operating system. At present, the device is on sale only in South Korea. Hope to see this device selling in other markets. Fingers crossed!

For more details on the Samsung Galaxy Player, check here.