Samsung wasn't playing around when they stated they wanted to rethink their Galaxy Tablets in face of the iPad 2 and they are coming to play. Everyone has been talking about how thin and light the new iPad is, well guess what Samsung just out did Apple and both of their new tablets boast being the thinnest and lightest tablets available at 8.6 mm. They will both feature Android 3.0 Honeycomb and introduce a new Touch Wiz Honeycomb variant.

Galaxy Tab 2 Sizes 1 For Everyone 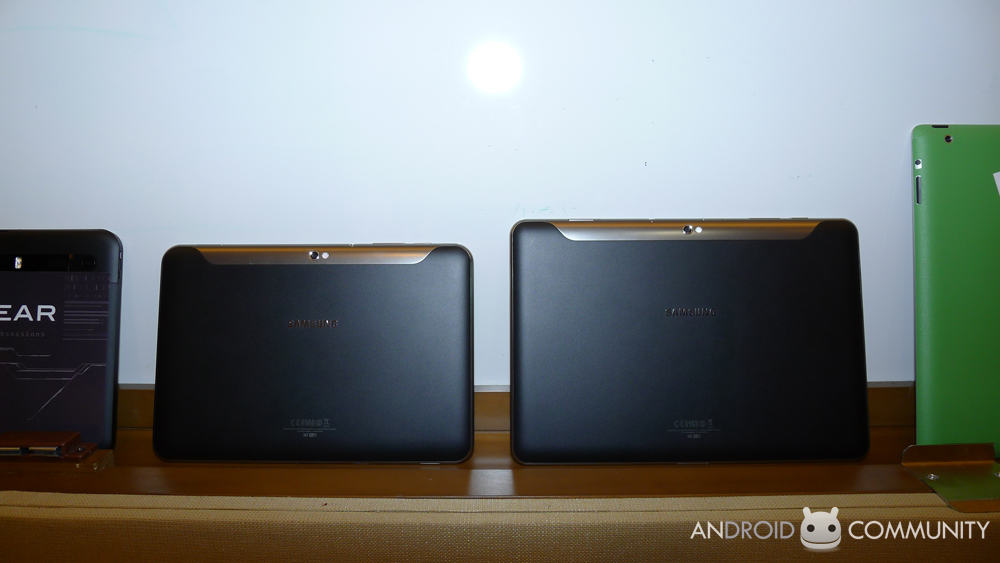 Samsung had already introduced an earlier version of the 10.1" variant of their tablets and everyone has been waiting on the 8.9" tab to see what it brings to table. Samsung  is saying that the smaller Galaxy Tab 8.9 will be the productivity oriented version (coming with PowerPoint and Excel viewers) and the larger is the more entertainment geared option.

Both versions are shipping with a Samsung TouchWiz interface over the Honeycomb OS. The new overlay features a mini application tray, live panels, the ability to resize widgets, a social hub, media hub and much more. I was hoping for a stock Android Honeycomb experience, but the enhancements do add a lot of value for many consumers.

At these prices Samsung intends to compete strongly against the iPad 2 the Motorola Xoom and all of the other tablets soon to be available. What do you think of Samsung's improvements can they take the market by storm with their new Variations of the Galaxy Tab?