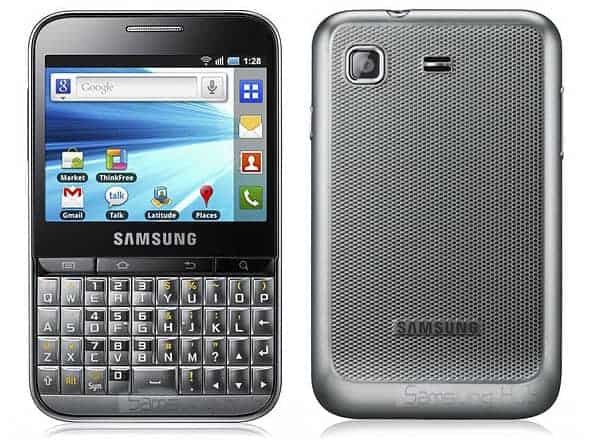 Samsung have added a new phone to their Galaxy family, the Samsung Galaxy Pro. When you look at it you're going to think it looks just like a Blackberry and there seem to be a wave of new handsets such as the HTC ChaCha and the new Samsung Galaxy pro that are filling a void that has appeared in the Android line up. The Galaxy pro isn't going to rock the market but it will offer something different to different people, the great thing about Android is you have many devices aimed at many people with different needs. Spec wise it will run Android 2.2, come with a 2.8 inch screen with a 3MP camera on the back and what Samsung call a social hub which is aimed at trying to reduce battery usage. It's heading to 3UK soon and here's a quick video.