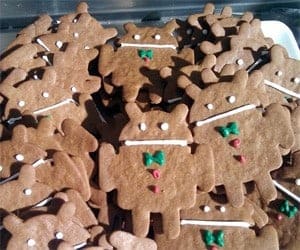 Droid-Life has apparently come across a user on Twitter (PydePypper) that had inside knowledge on the supposed Android 2.3 Gingerbread update to the Motorola Droid X. According to his post, Verizon had rejected the update from Motorola due to bugs that needed to be fixed. Well that extinguishes the flame of Motorola Droid X users since it has been reported that on Sunday the update might debut to users. PydePypper also noted it might take another month for Gingerbread to come to handsets. Hopefully this build will come out soon, and the Droid X will be the first Motorola handset to upgrade to Android 2.3.