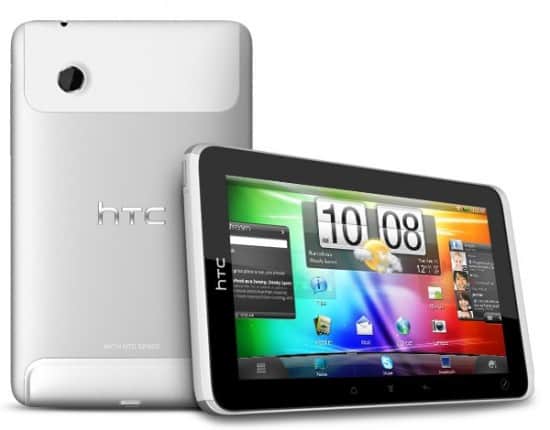 Remember HTC's stylus wielding tablet, the Flyer? Since we first told you about it, there has been plenty of rumors flying around about who's getting it and when it's coming out. Well, we think we're one step closer to answering at least one of those questions.
Advertisement

Rumors were going around yesterday that one of the three high-end devices that Sprint are planning to announce at CTIA was indeed the HTC Flyer, renamed to HTC View. There is now evidence that supports this even further, because as of today, HTC has trademarked the name Evo View 4G. The Evo View 4G is expected to have the same specs as the Flyer, with a 1.5 GHz processor, 5 and 1.3 megapixel cameras, 32 GB of storage, Android 2.4 (Gingerbread); and a 7 inch, 1024×600 display.

There's always the slight chance that this could be a completely different device, but with all of the supporting rumors, we highly doubt that. We should get the official word from Sprint at their two-and-a-half-hour press event the week after next at CTIA.