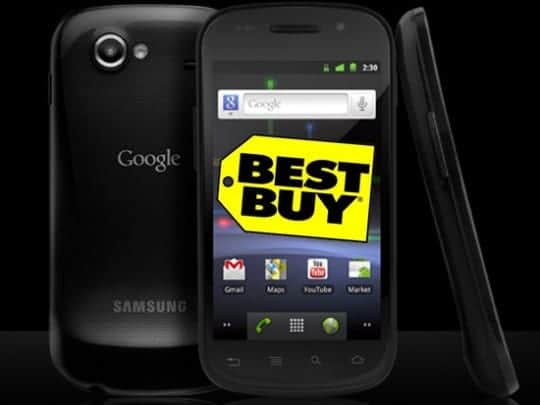 If you have been wanting to take home the Samsung Nexus S 4G , you can if you head on over to the Best Buy website at the earliest opportunity. You won't find any details on prices but I'm sure that won't  get in the way of your eagerness to own one. The Nexus is the only handset to be running Android 2.3.3 or Gingerbread along with its little Brother the Google Nexus One.

You may have seen the recent update for the pair and the rumours of whether it would ever land on Sprint and the cheers of knowing it will hit Canadian hands. Well, it got the update, it's going to Sprint via Best Buy and it will be in Canada.  If you do want to pre-order it you'll need to hand over $50 which will be taken off the final purchase. It will be more or less the same as the Nexus S on T-Mobile, and just in case you didn't know Best Buy and the Carphone Warehouse joined forces and have been doing very well with their Android sales as of late. The only difference is that  it will be a little bit on the chunky side due to the new radios for CDMA and 4G WiMAX.