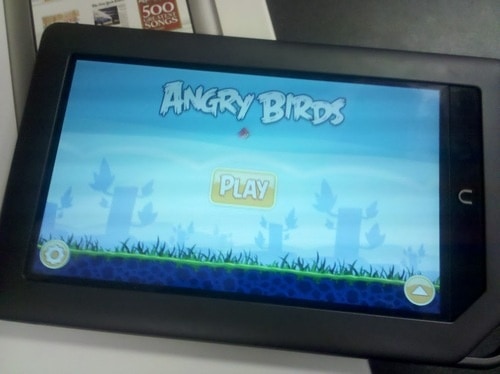 The Nook Color has probably been the most hacked tablet in the Android universe. When people realized how easy it was to root it became all the rage. It started with just getting standard Android 2.1's interface open on the device. It then moved on to bootable images from the SD card with 2.2 and a 3.0 created from the preview SDK! These facts made it an incredibly popular device. I'm sure Barnes and Nobles got wind of this, so they decided to play ball, at least a little bit. An update will be coming out soon for the people who decided to keep their Nook Color a, well.. Nook Color. Soon it will be upgraded to Android 2.2, have flash support, and have some of the more popular apps, like Angry Birds. It seems like this will be a specific market made by them, but its better than it just being an e-reader with an awesome OS hidden behind it, right? Any Nook Color users here? Let us know below!