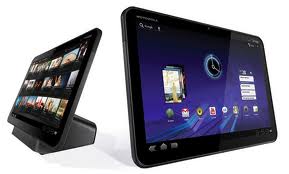 Motorola Xoom Sales Low due to Headaches with OS, Battery Life, and Auto-Wrap?

First, before I go any further I would like to say sorry for reporting on more bad news about the Motorola Xoom. I know you're going to get tired of it and please, don't shoot the messenger. It appears that whilst the Apple iPad 2 has been flying off the shelves, the Motorola Xoom has been, well slow. The reason according to some analyst  type named Trip Chowdry is that the device itself is great but the tablet-specific Android OS 3.0 (Honeycomb) is putting the brakes on its full potential. Hard to believe but here is what he says the problems appear to be:

Now not having used a Xoom, I couldn't vouch for any of the above, that's where you guys can shed some light and tell us if you have been experiencing any of the problems. The reason we want your take on it is because it has been said that only geeks will be able to use it; are you geeks?

Are these real Motorola Xoom issues or is this Apple Worship?

Whilst reading through the article by eweek.com, it's hard to see if it's an attack on Android because it's not Apple or if there are genuine worries about Honeycomb. At the end of the article it is said that the use of the Xoom was easy, there had been no issues with battery life and this was by the reporter himself.

Trip Chowdry from Global Equities didn't have a nice word to say about Honeycomb. It raises the question of why, is he the type who would buy a brick with the Apple logo on the back or is he a sound-minded tech savvy guy who knows his stuff?

How do you compare the Motorola Xoom with the iPad 2 buzz?