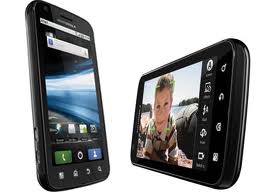 When Bell Selected the Motorola Atrix 4G, what other phones did they consider?

The Motorola Atrix 4G is a top-tier smartphone, and Bell is offering a device their customers will want.  What were the other possibilities?

We have two very good Android phones: one is the HTC Desire HD which has proved very popular in the UK, and the Sony Ericsson Xperia Arc which is going to make an appearance along side the Sony Ericsson Xperia Play on Rogers in the spring. They have also  have had the Bell purchasing team in a position of having to choose between these and the Motorox Atrix 4G. It seems that after a few hours of chit chat and numbers on a whiteboard, Bell have decided that the Atrix 4G is the phone  for them and their customers.

They all pack some Android goodness, the Desire HD and Atrix 4G running Android OS 2.2 (Froyo),but the Arc will come leapfrogging in with OS 2.4 (Gingerbread) with an update for both the Desire HD and Atrix 4G coming in the very near future.  Bell's reasoning behind their choice come in the form of multitasking, gameplay and the 960 x 540 4 inch display. The fact it runs on a 1 GHz dual core processor and has a built in storage of 16 GB may have something to do with it, and did I mention the 1 GB RAM!

Bell also trumpets itself as being a 4G network and that might mean you may see, as in the US, phones being sold as the Atrix 4G which is a bit misleading when it's the network and not the phone that is 4G but i guess it adds a little extra to the selling power.  If you like your facts and figures then courtesy of Mobilesyrup, here they are. 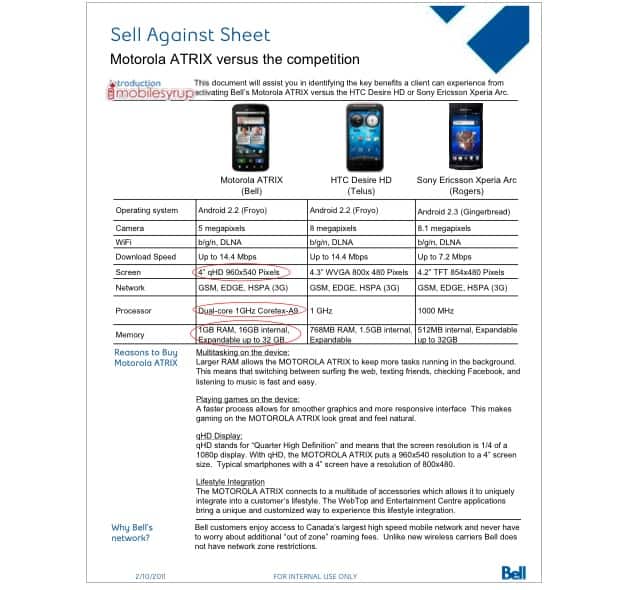