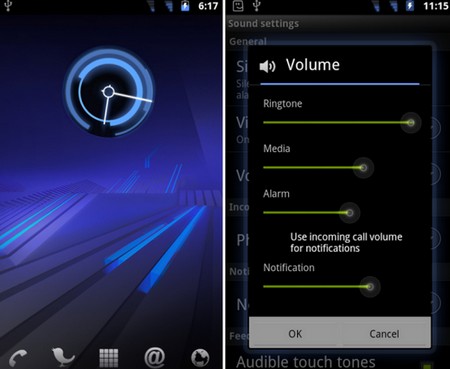 Looking for a way to get Android 3.0 (Honeycomb) on your phone? A member over at XDA Developers has done just that with his new Honeycomb theme. Currently available for Android phones running the T-Mobile Theme System, it brings the beauty of the latest Android OS right to your hands, as described by the creator himself, haxzamatic.

Coming to the Android Market this week, a free and donate version will be available. Both versions will be the same exact too I will make some MetaMorphs too when I finish most of the changes

This theme is for the T-Mobile/Cyanogen Theme System. For now HDPI devices only. I have tons of stuff to fix/add still so please don't report obvious bugs, trust me I see them When it get's to the Beta stage I will start taking bug reports. I don't see people having any major issues but you never know, make a nandroid to be safe!

It's still an early build so there will be a few bugs to deal with. Still, for the price of free, i wouldn't complain. It will be available soon from the Android Market, but for now you can get the .apk from the source link below.  Check out another one of haxzamatic's themes on the Market here while you're waiting for the Honeycomb Theme.