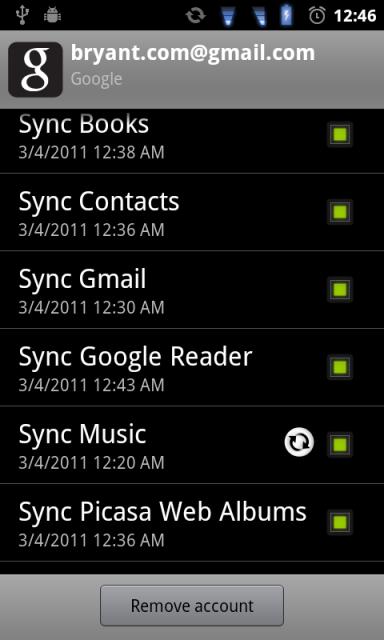 Several months ago at Google I/O 2010, Vic Gundorta told us a bit about Google Music Sync.  In theory, you would be able to upload your music collection to Google's servers, and then access it on the go from your Android device.

It seems that some folks at xda have figured out that this service is live, but there has been no official announcement yet.  Apparently, if you use the Android OS 3.0 (Honeycomb) music player on an Android 2.3.3 rooted device, you are able to select music as an account that can be synced.

Originally this was found with a nightly release of CyanogenMod, but it appears to work in any rooted 2.3.3 ROM.  Check out the xda thread here.  If you need to grab the Honeycomb music player APK, you can do that here.