Chomp Brings You the Apps You Want Without Guessing Games

There has always been a disjointed feeling when looking for smarphone apps. No matter what the platform, getting accurate results in a marketplace full of thousands of apps has always been disappointing. With more and more people hopping on the smartphone bandwagon, most if not all of those people will be discovering and downloading applications to improve their experience.

Enter Chomp for Android. This new application is going to change the way we find apps from now on.

“Chomp is the search engine that finds the apps you want. Chomp’s proprietary algorithm learns the functions and topics of apps, so you can search based on what apps do, not just what they’re called. Try searching for “puzzle games”, “kids games”, “expense trackers”, “tip calculators” or “chat” and start finding great apps.”

I could see this being extremely useful in a situation where you are trying to remember the name of an app that you saw someone using. Say your friend was shooting photos with FxCamera but later you draw a blank on the name. Search inside of Chomp for ‘camera’ and you’ll find FxCamera in seconds.

The user interface is very intuitive, allowing you to simply swipe left and right to browse from app to app in the results. Beautiful screenshots, a quick description, reviews, and the Get It button are readily accessible for even the most new Android user. Tapping on the screenshot will bring you to fullscreen mode, along with the ability to swipe to see other possible screenshots if they were uploaded. Tapping on the short description will allow you to read it in its entirety and the same goes with the comments. The full heart and broken heart allow you to review an application.

Chomp makes it so simple that you won’t even have to think twice about showing love for your favorite apps. Filtering is also a plus. You are able to only view paid apps or free apps along with the ability to look inside specific categories or in all the apps at the same time.

Why Chomp Results are Relevent

With their current iterations, the iOS App Store and Android Marketplace suffer from a relevancy problem which Chomp is here to solve. I’ll be the first to admit that the Android Market is sloppy (even with Google’s new implementation) and it’s just plain embarrassing when trying to recommend an app to a new Android user because they are just so hard to find sometimes.

Searching for the new Chomp app in the Android Market resulted in 102 results but I had to scroll through 7-8 iterations of a game called ‘Hungry Shark’ for both the US and EU, in free and full versions, and in separate parts to get to the result I really wanted. Yes, I realize that Chomp just was released but it still goes to show that 7-8 iterations of a single app looks tacky.

For experienced Android users, this is something we have grown to accept and we don’t think twice. What about new smartphone users? How are they going to know which one is the correct one to pick? Android is very powerful, but organization and UI improvements are just now starting to be fixed when these should have been hand-in-hand with the rest of development all along. I’m so glad to see Chomp revolutionize the way we find relevant applications on Android and I can only hope Google learns a lesson in search. 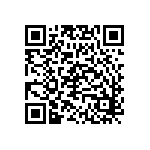