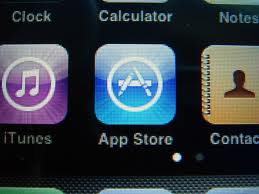 Apple are at it again and this time they have Amazon in their sights as their next victim in the never-ending battle of the trademark war. With the opening of the  Amazon Appstore today, for the US only, Apple are taking action based on that very name. Given that the U.S. Patent and Trademark Office granted Apple the rights to the "App Store" mark they do have something to shout about but Microsoft are already planning to have that overruled and if Amazon get in on the action Apple may well have to give it up.

Apple did ask Amazon to not use the name on a number of occasions, Apple's   Kristin Huguet said '"We've asked Amazon not to copy the App Store name because it will confuse and mislead customers." While Apple had reached out to Amazon before filing, Amazon never came back with a satisfactory response

Apple are chasing an undisclosed amount of money and the question has to be asked, is this about money, stifling the competition and the only people who suffer the most in these situations is the consumer. Time will tell and at the moment Amazon have stuck to their guns. We'll bring you more if as and when we get it.