Something new at the FCC? It's LG Optimus 3D!

There's a new phone making its way through the gauntlet known as the FCC. This time it is LG's Optimus 3D. This 3D phone from LG has everything needed to make a big splash whenever it enters the Android phone market.

Well the phone itself is boasting some great features, aside from the 3D screen. 4.3 inch screen, 8 GB internal storage, a 5 megapixel rear camera designed specifically for 3D video and photos. The rumor is that the resolution isn't all that great, but that's what happens when you add 3D support to a phone. 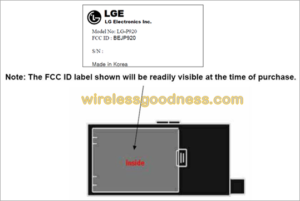 Any Word on Where I can Get the LG Optimus 3D?

Word on the street is that the phone is being designed for  T-Mobile's AWS bands. But with all the AT&T buyout drama swirling around, who knows what network the phone will come out on.