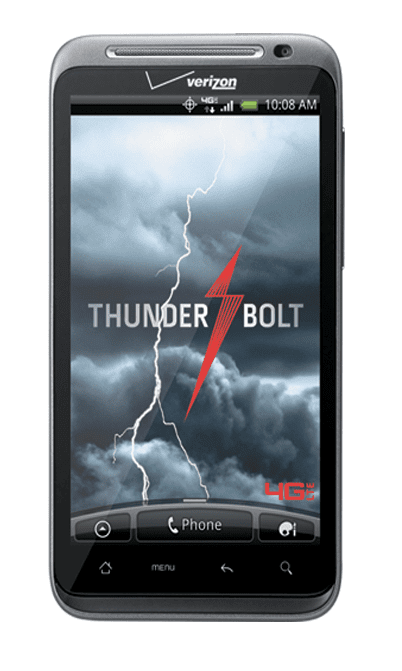 The HTC Thunderbolt is shaping up to be another successful Android release from Verizon. But now it looks like they want that success to be locked into a contract, with a $749.99 price tag for freedom. Thanks to our friends over at AndroidPolice, who were able to get ahold of what appears to be a leaked shot of Best Buy’s system, with the full retail price of the HTC Thunderbolt displayed clear as day. If this is truly the off-contract price, will anyone be willing to hand over that amount of dough?

It looks like employees get a pretty decent discount off that price, so that’s nice for them, but for everyone else it seems a few hundred dollars off what we would expect a similar device to cost. The Thunderbolt will no doubt be a worthy Android device, but is it really worth that much, or is this a new strategy on the part of Verizon? After previously being scheduled for release on the 14th, rumor now is that the Thunderbolt is set for launch on Thursday the 24th, as we predicted earlier.

We’ll see if that holds up. In the meantime let us know what you think about the price, and if you were planning on picking one up. 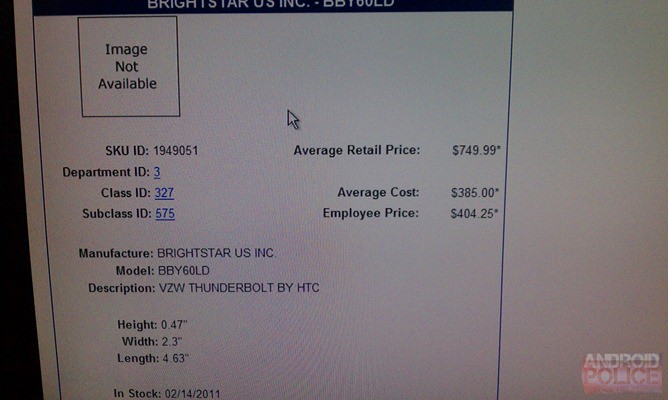