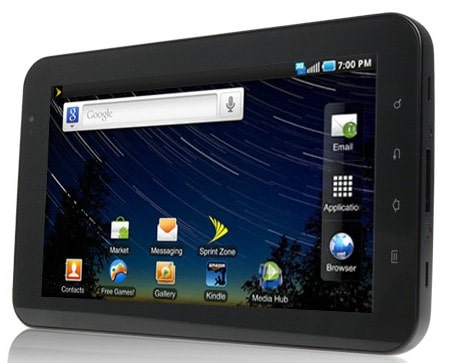 The little device we've come to know and love, the Samsung Galaxy Tab, had supposedly passed the 2 million-unit mark last week. But  The Wall Street Journal has reported that during Samsung's quarterly earnings meeting, one of their executives, Lee Young-hee, stated that sales to consumers, and not just carriers and retailers, have been "quite small." But, she wouldn't give a definite number and said they are "quite optimistic" about what this year will bring.

But something like this could've been seen in the constant price drops by some carriers in order to move those Galaxy Tabs off the shelves.

Now, as many know, the Galaxy Tab is the first major competitor to the iPad from a major company, and we were really thinking it was doing well giving Reuters reported that Apple's tablet market share had fallen to 75%, and Android's growing to 22%.

But even if these numbers aren't true, we're definitely looking for what 2011 has in store for Android tablets, especially with the Motorola Xoom.

Via: WSJ and Reuters