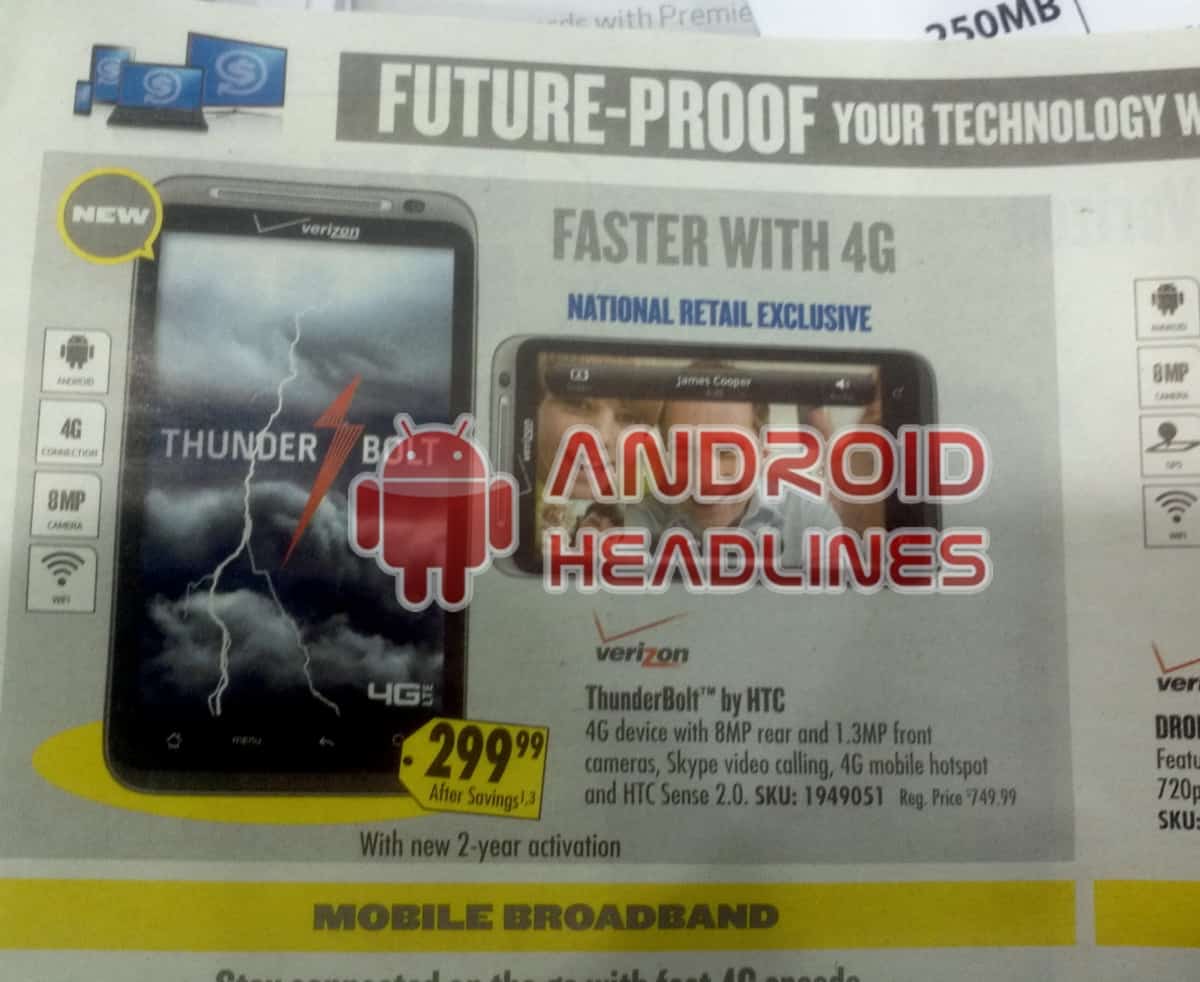 With Verizon all but forthcoming with announcing the release of the eagerly anticipated HTC Thunderbolt, we're left trying to scrape together anything that looks like a factual release date. Best Buy has filled the void with rumor after rumor, so take this as you will. Our sources have been kind enough to send in a pictures of next week's ad(2-27-11 to 3-5-11) with our favorite Verizon 4G phone, the Thunderbolt with a bone chilling price of $299.99 with a two-year contract. Last week we saw the TB in the Best Buy ad for $249.99.

This on the heels of the Best Buy Mobile quarterly listing the price at the same price. Our source states that Best Buy will match Verizon if they offer it at $249.99, but warns that mostly the contract prices are the same between the two retailers. Couple this with delay rumors and issues with 4G to 3G hand off reported by Verizon technicians and this may qualify as the most sloppy launches of a cell phone we've seen.

In other TB news, the Best Buy inventory system showed a wealth of accessories for the phone arriving today in most  locations. Hopefully this, accompanied by the recent onslaught of Thunderbolt ads on the internet and on television point to a release of sooner rather than later, but we can only be sure once Verizon drops the vale of silence and makes an official announcement.